It’s back! The Australian A-League returns for a new season.

For those unfamiliar with the premier football competition down under, it’s an unpredictable league full of high scoring matches where the unbelievable happens more often than not.

With that comes some great betting opportunities.

Liverpool fans around the world will no doubt be keeping a keen eye on Perth Glory this season with Danny Sturridge leading the line for the West Australians this year.

Sturridge isn’t the only ex-Red to wear purple this season with former Liverpool goalkeeper and Perth native Brad Jones between the sticks.

Some other well known players to grace the league this season is former Italian international, and one-time Watford man, Alessandro Diamanti, who will captain Western United again.

Sydney FC striker Adam Le Fondre, who would be a name familiar with followers of English football.

This week’s preview will be a little different as we will give a brief overview of how each team is looking heading into the new season as well as a prediction for each game in week one.

Going forward the preview will look more like our Premier League weekly preview as we call out a best bet, value bet and a roughie.

So with that out of the way let’s get stuck in!

City have managed to keep the core of their squad from last season with Craig Noone the only big departure.

They’ve managed to find a more than adequate replacement in the form of Socceroo attacker Mat Leckie.

Brisbane on the other hand had a big turnover of players, losing a mix of both experience and youth.

The loss of experienced shot stopper Jamie Young will prove most costly for the Roar who after making the top-six last season look destined for a drop off the pace.

The Citizens start this season as outright favourites and it’s easy to see why.

With an international quality top-three of Leckie, Jamie Maclaren and Andrew Nabbout, City are the team to beat this season and we expect them to start things off with the three points.

Brisbane do look in danger of leaking goals this season and will have a rough start against a side that scored goals for fun last season.

Not only that it’s also hard to see where the goals are going to come from for the Roar this season.

Two teams who had disappointing campaigns last time around and have fresh squads this time around in hope of improved performances.

Both these two have new coaches on the sideline too with Australian Soccer legends John Aloisi in the United dugout this season with Tony Popovic calling the shots for Victory.

United’s biggest issue was scoring goals last campaign and they will be hoping that issue is rectified with the addition of former Serbia national team striker Aleksandar Prijović.

There’s no other way to put it, last season was a disaster for Victory.

Once a powerhouse of Australian Soccer, Victory finished the season dead last on the table along with 6-0 and 7-0 losses to cross-town rivals Melbourne City.

Popovic has been tasked with Victory’s rebuild and what a task it looks to be.

The former Perth Glory coach has signed a host of players who were with him at the Glory when they lost the 2019 Grand Final to Sydney FC on penalties.

It remains to be seen if that familiarity will be beneficial to Popovic and Victory.

With both teams having brand new squads and brand new managers, it isn’t a stretch to think these two will need some time to gel.

With that in mind the 3.45 available for the draw looks tremendous value.

Next up is one of the marquee fixtures in the A-League, the Sydney Derby.

Western Sydney have had the edge recently in this one despite the Sky Blues being in the last three Grand Finals, winning two.

Wanderers boss Carl Robinson has managed to bring in players with A-League experience such as Adama Traore from Victory and Tomer Hemed from Wellington.

Sydney FC on the other hand have one of the more settled squads in the league with no major departures from last season.

While their squad is still full of quality players, it is an ageing squad with most of their star players the wrong side of 30.

Age looks a problem mainly in their attacking department with Milos Ninkovic (36), Bobo (36), Adam Le Fondre (34) and Kosta Barbarouses (31) all getting to the end of their careers.

Wanderers have recruited well this season and with Robinson have a very good manager in charge.

With their recent success in the Sydney Derby, especially at home and an ageing FC, we’re going to side with the Red and Black this time.

The last game on Saturday night sees what could be one of the biggest debuts in A-League history when Danny Sturridge trots out in purple for the first time.

The former Liverpool striker’s addition to the squad has seen more eyeballs on the Western Australian club than usual and a big debut from the league’s newest attraction will be good for everyone.

Beside the addition of Sturridge, it was a quiet off season of transfers for Perth.

The biggest change in the squad is the loss of captain Diego Castro with the Spaniard retiring after a magical six seasons down under.

Adelaide reached Week 2 of the finals last weekend thanks to an upset win on the road against Brisbane Roar.

The Reds have arguably the best batch of youngsters in the league led by 17-year-old Mo Toure.

Kids can only take you so far, especially in a physical league like the A-League so a drop out of the finals is expected for Adelaide this season.

Their biggest issue looks to be upfront with the club failing to adequately replace Tomi Juric who has departed for Macarthur.

Perth on the other hand looks scarily dangerous upfront with Sturridge and Uruguayan Bruno Fornaroli expected to forge the most deadly combination in the league.

Another derby in the opening weekend this time in the form of the F3 Derby between Newcastle and Central Coast.

Those of you unfamiliar with the geography of Northern New South Wales (obviously all of you) there’s about 90 minutes worth of road between these two.

Normally such a distance would not constitute a derby but given the size of Australia this certainly fits the bill.

Making this derby even interesting is that this game is named after the freeway that connects the two towns, the F3.

That was all well and good until the name of the road changed to the M1 but the derby name stayed the same.

We told you Australian Soccer was a wild ride!

Anyway, back to the game.

Since a Grand Final defeat in 2018, Newcastle have declined at an alarming rate and only narrowly avoided finishing bottom last season.

After years being the competition’s easy beats, the Mariners enjoyed a renaissance last campaign, earning a home final which they lost to Macarthur.

Their time back up the top of the table looks to be short lived however after coach Alen Stajic decided to leave at the end of last season along with a host of vital players.

Newcastle do look to be on the improve they still have a way to go to be challenging for Championships again.

But at 2.34 we will take them to opening the new season with a win over their biggest rivals.

The final match of the weekend should be a spicy one with new Macarthur recruit Ulises Davila taking on his former club for the first time.

The Mexican was awarded the Johnny Warren Medal for best player in the league last term and was a standout in his two seasons for the New Zealand club.

It wasn’t just Davila, Macarthur managed to poach from elsewhere in the league for the second season.

The Bulls have brought in a host of players from other A-League clubs headlined by Davila and championship-winner Craig Noone from Melbourne City.

Wellington were unlucky not to make the finals last season and have since lost a lot of big names players, mainly former Newcastle United defender Steven Taylor.

They do however look to have a deadly duo of their own in the form of English pair David Ball and Gary Hooper.

With Macarthur’s squad improving this season and Wellington’s dropping off, we’ll back the Bulls in the final game of Week 1. 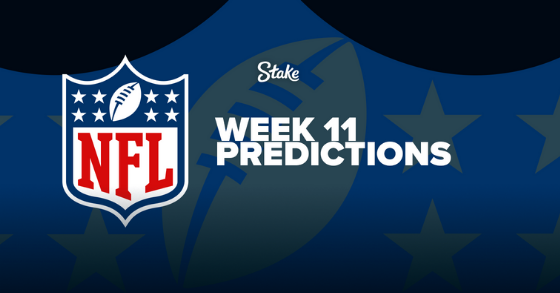