With Week 3 in the books in the NFL, and major college football conferences starting conference play last weekend, we saw things that surprised us, things we predicted easily, and a couple of nail biters, as far as our picks went. Our 3 wins were of the slimmest of margins (Seahawks -6.5 winning by 7, the Bills squandering a huge lead but still covering the -2 and the Packers in our upset special of the week winning by a touchdown on that money line). Our three losses, however, kept us in the positive for the week, with the aid of our winners having slightly higher payouts thanks to the Seahawks spread and Packers money line carrying some extra +odds. This week we will be doing three college football games and three NFL picks, and have a “Pick 6” you may just find to be profitable.

In what is the national game of the week, the Auburn Tigers travel to Georgia in what is known as “The South’s Oldest Rivalry” as this yearly matchup dates all the way back to 1892 when these teams first met on an annual basis. Out of all the years, this will be the earliest these two teams have faced each other and to figure out how to bet it this year is a tough play. Georgia’s offense last week against one of the weaker SEC teams in Arkansas, in the first half, was non-existent. They ended up benching their starting QB and now this week, they may start a new one all together in J.T. Daniels, an off season transfer. The ground game last week averaged a paltry 2.9 yards a carry and historically, the better rushing offense in this matchup usually comes through with a victory. Coupled with a Georgia defense that looked in mid season form last week, they may be able to find success with leaning on their defense to help their offense get shorter fields to play with to further improve that rushing attack. With question marks surrounding the QB position, we expect Georgia to be reliant on getting the ground game early as the carousel of QB’s that may get action will be dizzying come Saturday at 11:30pm UTC.

On the other side of this matchup is Auburn who had a comfortable 29-13 victory last week as far as the scoreboard went, but one of the more concerning aspects of that game was their defense allowing 12 of 20 third down conversions against one of the weaker offenses in the conference. To their credit they did force Kentucky into three turnovers, but this Georgia offense will be a much harder beast to tame. Offensively, Auburn needs to run the ball more effectively than they did last week as they only had 90 yards on 30 carries and their leading rusher was QB Bo Nix who is much better in the pocket passing the ball.

This game would be a lot easier to handicap given more of a body of work but if I have to give the slight advantage to one team, in this situation, it is going to have to be Auburn at +7 @ 1.97 odds mostly for the fact they actually have no doubt of who their starting QB is and that is big when it comes down to the 4th quarter and this game has all the makings of it being close throughout. Taking the Auburn, money line at what is currently 3.20 odds, is also a play here that we like as it has a tremendous value for what this game appears to be headed towards. Seeing how the total is only at O/U 44.5, that seems to be a good indication that the oddsmakers are thinking this will be a low scoring affair and that always benefits putting some on the underdog, especially given how close this matchup is on paper.

After an embarrassing loss last week to Kansas State in a game where Oklahoma blew a massive 35-14 lead with a little over a quarter left to play, Oklahoma travels to Iowa State this week in a game where I think this line is way too low for a much better football team in Oklahoma. Yes, they squandered the lead they shouldn’t have last week, but the better team did not win in that matchup. Oklahoma let their foot off the gas and just lost all rhythm after that but I expect that to have been corrected this week in practice and unfortunately, the Iowa State Cyclones will have to endure an Oklahoma team that wants to earn their respect back. Spencer Rattler threw 3 interceptions last week against Kansas State and this week I expect that number to be drastically lower as this offense gels together like Oklahoma offenses of the past. Iowa State gave up 34 points last week to a TCU team that is nowhere near the potency that Oklahoma has and although they won, they needed a 154 yard, 3TD performance from their RB Breece Hall that I just don’t expect they will be able to replicate this week. The play here is not even to bet the -7, it’s to bet the Oklahoma -8 at 1.94 odds, and I would even wait to see if you can get it at -13.5 closer to game time for even extra +odds.

The toughest part about handicapping teams early in their seasons is the questions surrounding what you can take from such a slim body of work. Last week, Ole Miss racked up 613 yards of total offense against the SEC East favourite, Florida Gators, albeit in a losing effort. Surprising to say the least, as most people thought Florida had a defence that was near the top of the conference going into the season. With a very offensive minded 1st year head coach in Lane Kiffin, the Ole Miss Rebels will most likely always have the offensive output to contend in any game, but their defence last week was atrocious allowing Florida’s QB, Kyle Trask to go 30-42 for 6 TD’s and no interceptions. The good news here is Kentucky is no passing juggernaut but as referenced earlier, went 12-20 on third down conversions and will most likely win the time of possession in this game. Kentucky will seemingly try to run the ball to shorten the game and depending on how effective that is, may have an opportunity to limit Ole Miss’ possessions. However, despite the pitiful performance last week by Ole Miss’ defence, I do not think they come out with the same struggles in that department as they did last week. I think they will rely on their defence to bend but not break and ultimately pull off the upset here. Ole Miss at 3.05 on the winner market is a great play here.

Every week I always try to find the one line that doesn’t make much sense, and I immediately go away from it because the oddsmakers seemingly are telling me something I don’t know. This is that game this week but I can not find a reason why they are making me doubt myself. Russell Wilson has been torching defences through three weeks as he has gone 79 for 103 and 925 yards, with a 14:1 TD:INT ratio and the Dolphins, as a team, have scored 8 touchdowns the entire season. The Seahawks defence is no where near what they used to be allowing 506 yards per game, through 3 games, but they haven’t faced bad offenses either. With no key injuries, I am having a hard time figuring out why this line isn’t more around the -9 or -9.5 mark. The Dolphins have had an extra three days to prepare, but I don’t think that will make much of a difference in this game. As I mentioned earlier though, when a line looks too good to be true, it usually is a sign to stay away from it, especially in the NFL, but the Seahawks -6.5 at 2.13 odds just looks too good to pass up.

I personally have to apologize to Chiefs nation after doubting them last week against the Ravens. Their defence was solid, their offense was firing on all cylinders and without a special teams mishap, that score would have been 34-13. This week they are at home against the New England Patriots and Bill Belichick and if you know Bill Belichick you know he gets a little bit extra excited when it comes to game planning these types of games. Unfortunately, as quick as I apologized to Chiefs nation, I will have to doubt them again. What I am doubting, though, isn’t their ability to win, just the production they will have in doing so. Bill Belichick prides himself on all facets of the game, but if you gave him a choice, he would choose to excel at defence in a game vs the defending Super Bowl champions. Cam Newton has been a surprise on offense this year to absolutely no one under Belichick but I don’t think that is the key to this game. The key is time of possession and limiting the amount of times touching the ball. Sometimes the best defence is just not letting the other offense on the field and I expect that to be the game plan going into this game for both teams. While I do think the Chiefs will ultimately win the game, I look for this game to stay under 52.5 at 1.91 odds and that isn’t a knock on either team’s offense. Just the fact these coaches will probably have the similar game plan of trying to shorten this game as much as they can and limit possession for their opponent.

The key for the Falcons to win this game is to not lead at any point of the game except as time expires. All jokes aside, I can’t remember the last time a team has seemingly been so good through the first half of the game, and basically hit the showers once halftime rolled around. For the second straight week, last week, the Falcons blew a double digit lead in the 4th quarter, in a game where they were the much better team for the first 3 quarters. I have reason to believe that the Falcons would be much better suited to join the NHL because through 3 periods they are great. This week though, I don’t think they will have a lead to squander, which may in turn be the biggest key to any success they have. The Green Bay offense, led by Aaron Rodgers, will give the Falcons a chance to win by not letting them have a lead at any point of the game. Unfortunately for the Falcons though, the Packers have a great opponent to study the film of and learn how not to squander a lead and should win this by double digits. The Packers -6.5 at 1.86 odds is the play in this game.

If you were to combine all of these legs into one multi bet, you would be looking at total odds of 88.21. Please note that these odds are subject to change prior to the beginning of each match.

If you like our selections, feel free to copy from sport:3549271 and jump on the bandwagon!

Remember with the NFL this weekend, If your team leads at the end of the third quarter and goes on to lose, earn up to $100 money back with our Third Quarter special! 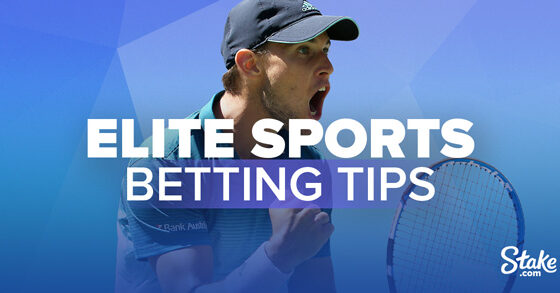 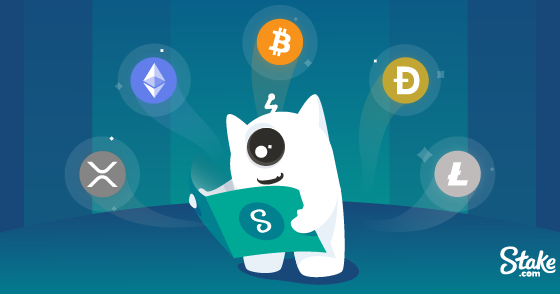