Bayer Leverkusen have started the Bundesliga season on fire, storming to the top of the table and with no losses to their name thus far. This week, they face their toughest challenge to date. The team many believe to be the best in Europe and even the world, Bayern Munich. The Bavarians have also started this season well, but with four sub par performances in recent weeks, they sit in second. Firstly, they unexpectedly drew 1-1 to a Werder Bremen side many had pegged for relegation earlier in the season. This was soon followed by a 3-3 draw at home to fellow title contenders RB Leipzig, who would’ve won had it not been for some Thomas Muller brilliance. Their most recent draw away at Union Berlin saw them dominate possession, but fail to make their chances count. An unconvincing 2-1 win at home to Wolfsburg has them back in the winners column, but we’re confident that will only be temporary. Leverkusen have been red-hot, topping their Europa League group and recently dispatching Hoffenheim and local rivals FC Koln, only conceding once. Bayern will be a fierce challenge for Die Werkself, but we expect them to at least take a point here, given their recent form and lack of injuries. 1 unit here.

The League Leaders and current Champions visit Selhurst Park, where an experienced Roy Hodgson waits to show the world that he has still got it. Palace haven’t done exceptionally well against Liverpool recently. This time it’s different – Wilfried Zaha is fit and firing, whereas he went off injured in their 4-0 defeat in June. This season looks like a classic Mourinho title season, but perhaps he’ll need a bit of help from some unexpected lower teams taking points off the big boys – we think this match is prime for an upset. Don’t say we didn’t tell you. 2 units on each here.

After unsuccessfully tipping against Sean Dyche’s men last week, this tip can be seen as a little risky. However, Aston Villa are a good side, and have been unlucky not to have a few extra points this season. They currently sit in 11th, but will move to as high as seventh with a win here at home. Bizarrely enough, they will be seven points off the top of the table with two games in hand if they win here. With front half quality, we can see them winning here at home, despite a stingy Burnley defence. Under 4.5 goals adds extra value for the punter, a leg we can see getting up comfortably. 1 unit on this one.

Everton seem to have recaptured the early season form which catapulted them to the top of the league, and come off an extremely impressive 2-0 away win against high flying Leicester. They’re now unbeaten in the last three games having also seen off Chelsea and drawing at Burnley. Apart from Allan who is a doubt for this one they have a fully fit squad and will go into this one full of confidence. Conversely Arsenal find themselves languishing in 15th place, although they’ll take some heart from a decent point away against a Southampton side who have been excellent this season, having played the last half hour with ten men. Prior to that however successive defeats to rivals Spurs and at home to Burnley have left Arteta on the brink of the sack. Arsenal also have disciplinary issues, with Gabriel’s sending off against the Saints their third in the last four games. Keeper Bernd Leno has actually come out and said the side is ‘lacking discipline and low on self confidence’, a stark contrast to how Everton are at the moment. We think Arsenal’s poor run of form will continue here. Defensively they’ll have to account for the unavailability of Gabriel who will be suspended, and expect an in-form Calvert Lewin to give David Luiz a torrid time. Back Everton -1 at 4.30. 2 units.

LeBron James, Anthony Davis, TALEN HORTON-TUCKER. The Big 3. Take a look at their opponents – who are the Clippers? Kawhi, great. Paul George? Questionable. Batum, Serge, Pat Bev? Role players. Lou Williams is not the borderline star he once was. The Clippers’ window was open for one season, and they blew it. Look out for LeBron’s minutes and scoring to be reduced early into the season, but the Lakers will be stomping their opponents regardless. If we could take a bigger margin in the Handicap, we would. 2 units on each.

The NBA is back next week following the shortest offseason in history. The opening match of the season is this, between the new look Nets and the highly successful Warriors.Brooklyn are favoured due to their double superstar acquisition in Kevin Durant and Kyrie Irving. The Warriors retain dual MVP Steph Curry and former DPOY Draymond Green, in addition to scoring options on the wing and a shiny new big man in James Wiseman. To us, the Warriors look every bit the part of a potential contending team – and they come up against a squad with two diva superstars who both need the ball to be effective and who haven’t developed any on-court chemistry yet. The disrespect shown here to the most successful franchise in recent memory is baffling. We like the Warriors to cover this spread and potentially win the match too. 1 unit.

We at Stake.com believe the future is now and are doubling down on the Washington Football team after they come through in the tips at 2.5 last week Vs 49ers. Also remember, this win came after a huge upset Vs an unbeaten Pittsburgh Steelers the week before. Seahawks and Russell Wilson are certainly a step-up from injury depleted San Fran, but their O-line weakness – Russell Wilson has been sacked an incredible 40 times this season – Vs a WFT defence who have kept their opponents to 17 or fewer points in their last 4 games will make this a much tighter affair than the odds suggest. Use our NFL 12 days of Christmas bonanza and get the boosted price of 3.15!

Odds are correct at the time of writing.

If you like our selections for this week, copy from sport:5162172 and you could even add more legs if you like something else! 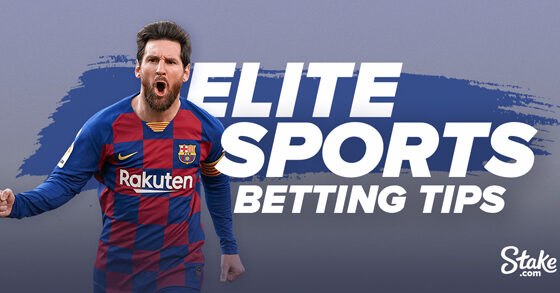