The Old Lady are hitting their strides again. After a strong performance against Dynamo Kiev at home in the Champions League, Andrea Pirlo’s side return to Turin to host their local rivals, Torino. They’ll be full of confidence following their 3-0 win in Europe and they’ll be buoyed by the severe lack in form of their neighbours. Torino barely survived the drop last season and look to be in a similar fight this time around. Juventus away is the toughest away trip for any Italian club and although Torino won’t have far to go, they may as well be in Sicily when they walk out onto the Allianz Stadium. Whilst we do see some value in Juve winning to nil @ 2.65, we’re going with Argentine starlet Paulo Dybala to find the net @ 2.19. An unused substitute against Kiev, Dybala will be fit and raring to go with goals in mind. No Alvaro Morata (suspension) will allow Dybala to work alongside CR7 and after finding the net against Torino in this fixture last season, don’t be surprised to see him continue his Serie A scoring spree. 1 unit here.

After some questionable looking early season defensive performances Chelsea have found their groove, with five clean sheets in their last six games and the only goal conceded being in a 4-1 demolition job of Sheffield Utd. Eduoard Mendy looks a very astute signing, replacing the walking calamity that is Kepa. Ben Chilwell and veteran Thiago Silva also seem to have settled in nicely. At the other end of the pitch they’re firing as well, having scored the joint highest amount of goals in the league alongside Liverpool and boasting an wealth of attacking talent including Werner, Havertz, Ziyech and Pulisic to name but a few. Marcelo Bielsa’s Leeds returned to winning ways last weekend with an impressive 1-0 win at Everton and look to have regained some momentum in the last couple of games after consecutive 4-1 defeats to Leicester and Crystal Palace. This has coincided with the return of Kalvin Phillips, who was Leeds best player against Everton and instrumental in keeping James Rodriguez quiet. Bielsa’s side look threatening every time they play, unfortunately they do struggle at times to convert their superiority into goals, and coming up against the leagues second best defence they will need to be much more clinical if they hope to take anything from the game. We think Chelsea will have a bit too much for Bielsa’s team and with how formidable they are defensively we expect them to be able to keep a clean sheet against a wasteful Leeds attack. 1 unit here again.

Seriously, who could tip up a guy named Marvin to win a fight? Not me. Hermansson is looking to earn himself a title shot, while the up and coming Vettori hopes to take down his first big name. The Joker comes in fresh off a convincing Submission victory over top-tier Kelvin Gastelum, having lost his fight before to an in-form Jared Cannonier. Vettori, meanwhile, is also in fine form, with his most recent loss coming in 2018 to one of the UFC’s deadliest athletes, Israel Adesanya. Since then, he is 3-0. This one is sure to be a thriller, and there’s certainly a possibility of an early finish, but we think Hermansson’s experience and technique will earn him a decision victory. 2 units on each and for our multi, we’ll be taking Hermannsson to win.

The spoils have gone both ways throughout the past 6 meetings between these two clubs, with 3 wins apiece. In this period, Burnley have scored 5 times, while Everton have scored 9, and been shown 2 red cards. Both are in rotten form, with Burnley slightly better at 1-2-3 in their last 6 to Everton’s 1-1-4. Yes, Everton are 8th to Burnley’s 19th, but Sean Dyche – The Boring One – is due a result. If Burnley can take a lead over Everton’s shaky defence, they have the capacity and tenacity to defend it, and we could see a low-scoring-low-margin victory here for The Clarets. 1 unit on each and we’ll take Burnley to win for our multi.

Jose’s men look the real deal, don’t they? Although I believe this tip is based on how disappointing Arsenal have been, rather than the sheer competence of Tottenham. Five losses in ten games for Mikel Arteta’s men, with a lack of front third intent and a shaky defence putting them in 14th place. If they are going to get up for a fixture, it’s got to be this one, right? I tend to think there’ll be a response, but first place Spurs have done enough to warrant their favourite status. A deadly front three and some already fantastic results against the big six, this feels like a game that Jose will know how to get a result in. He does love beating the Gunners, after all. 1 unit here.

Nimes’ defeat at Monaco was their fifth loss in six top-flight games last week, conceding 15 goals along their way. They also go into the fixture with history against them as Marseille have won 10 of the last 11 matches, including last season where it finished 3-2 to the Olympiens. Marseille come into the match having won 4 of the last 4 in Ligue, but also on the back of a Champions League victory on Tuesday night vs Olympiacos. With Dimitri Payet scoring 3 goals in 2 games and the league top scorer Florian Thauvin both starting, the player-depleted Nimes will struggle to contain Andre Villas-Boas’ team 2 points outside the Champions League spots.

Another week, another tip we like in the NFL. Here, we’re taking the Chargers behind rising star and Offensive Rookie of the Year favourite Justin Herbert. Him and his exciting squad take on Cam Newton and the Patriots here, a team that have fallen off a cliff since Tom Brady departed. The Chargers have had a lot of awful luck this season, losing some very close games to teams they should have beaten. They’re a much better team than their 3-8 record would suggest, and have looked infinitely better since Herbert took over as starting QB. They meet the 5-6 Patriots, who have struggled mightily to put points on the board at the best of times. With no quality receivers healthy and multiple good defensive players questionable, the Chargers seem like a value pick at 2.01.1 unit here.

*Odds are correct at time of writing

If you like our multi selections and want to tail it, use sport:4845897 and you’ll be making some money!

Remember, if every leg of the bet wins, anyone who followed it will get a cheeky coupon! 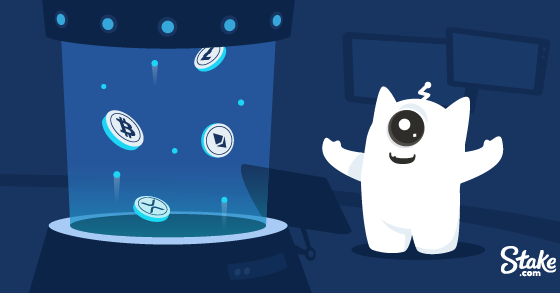 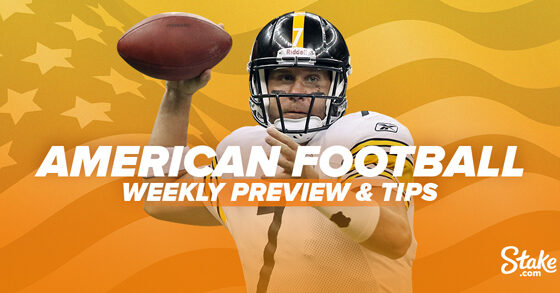