Man Utd will be looking to return to winning ways after a disappointing 1-1 draw with West Brom in midweek. Ole’s side home form isn’t as strong as their away form across the season, but since the turn of the year they have beaten Wolves and Aston Villa at home as well as absolutely battering Southampton 9-0. The only points they’ve dropped were in a 3-3 draw with Everton, who scored a last ditch equaliser. They welcome Newcastle, who have managed a couple of wins recently against Southampton and Everton. However, they were sandwiched between defeats at home to Leeds and Crystal Palace, before getting comfortably beaten by Chelsea the last time out. Perhaps most importantly, they go into this game without their main attacking threat in Callum Wilson, who’s bagged ten goals in twenty one appearances this season. Utd will be looking to reignite their title challenge with matches against Chelsea and Man City coming up. This seems like a good place to start, with Newcastle a strong candidate for the worst team in the league at the minute and their top scorer missing through injury. Back them to win to nil at 2.18. 2 units.

Quite simply, this is just a very tempting price. Villa have looked like a battered and bruised team in the past few weeks, only managing to wrangle a point out of a Brighton fixture in which they lacked any semblance of spark or creativity. They were out-shot 26 to 4 on the match and only managed to stay in the game thanks to the heroics of their keeper Emiliano Martinez. Let’s rephrase that. They allowed 9 shots on target to a Brighton team who has scored just 4 goals in their past 6 matches and is 14th in the league in terms of shots on target per game. It leads one to believe that an attacking display from a much more dangerous team in Leicester could well be on the cards here. Not only this, but Villa will likely be without right back Matty Cash, who has flown under the radar as one of the best in the league in that position. He’ll be sorely missed in a back 4 that will be under constant threat from Jamie Vardy and the rest of Leicester’s threatening attack. Despite injuries to multiple senior players at Leicester, they have the depth to be able to adequately cover them. We think that this price is a bit too juicy to ignore. 1.5 units.

Magnificent Medvedev is on a tear. The Russian, alongside his recently defeated teammate, Andrey Rublev, dominated the ATP Cup for Team Russia in the lead-up to the Open, and hasn’t missed a beat. Currently riding a 19-match win streak, Medvedev will face Stefanos Tsitsipas in the Semi Final, and hopefully go on to play the winner of Djokovic v Karatsev in the Final. He will come out of the Australian Open at least No. 3 in the ATP Rankings, and has won 11 consecutive matches against Top 10 players. A cool, calm, and collected display from Medvedev throughout the remainder of the tournament could see him lift his first Glam Slam Trophy. Medvedev stands out as a unique player at the top of the Men’s game – he is long and lanky, with an unusual serve routine, and a bag of unconventional tricks that often puzzle commentators and fans alike. The man won the ATP Tour Finals in London in November by defeating the world’s top three players – Thiem, Nadal, and Djokovic – and is in the best form of his life. Now is the time to back him, if ever. 1 Unit.

Chelsea travel to St Mary’s on Saturday to face Southampton, that sees one very in-form side face a very out-of-form side. In a Premier League season that has seen almost every team go on substantial runs of results, whether that be good or bad, I feel that this game is an opportunity to cash in.The home side have lost six on the bounce in the league, which of course included their 9-0 drubbing at Old Trafford, but also saw losses against sides they would have looked to beat, such as Newcastle and Wolves at home. Chelsea on the other hand have won four in a row, and suddenly find themselves in the top four.They have only conceded one goal since Tuchel joined the Blues, which was an unfortunate own goal, with otherwise both Edouard Mendy and more recently Kepa Arrizabalaga not having to do an awful lot. No match under Tuchel has gone over this 3.5 line, which also stems from Chelsea not shooting the world alight in front of goal. Despite Timo Werner netting his first goal in 100 days at the weekend, I don’t think it will open the floodgates for a Chelsea demolition job which could see this game go over the 3.5 goal mark. Chelsea to win yet another close one here. 1 unit.

The Islanders have already collected three points from their first two meetings with Pittsburgh on Long Island this season (1-0-1) and will be hoping to add some more while paying a visit to PPG Paints Arena, where the Penguins have been solid all year, only Tuesday finally snapping a five-game home winning streak. After a slump in the last week of January, the Isles have been picking up pace, currently riding an eight-game point streak (5-0-3), having triumphed in their very last three contests. They have also won three consecutive fixtures on the road and are 4-1 on their previous five trips to Pittsburgh. The Pens, on the other hand, are struggling to find consistency. They have managed to win just three of their last eight matchups, posting just a single win in regulation, and are 2-7 in their previous nine contests versus sides with a winning record. 1 unit.

PSG are hitting the strides and anyone in their way should be on high alert. That goes for anyone following their 4-1 dismantling of Catalan giants Barcelona in this week’s UEFA Champions League Round of 16 clash. They return to the Parc Des Princes to face a Monaco side who have won 4 of their last 5 games. A trip to the French capital is a tough task for any side, but we think Monaco should be up for the fight. This match should prove to be the proverbial ‘six pointer’ as a win for PSG will keep them in touch with league leaders Lille. A win for Monaco will keep them in the fight for top 3 with Lyon and Champions League qualification (4th will achieve Europa League). Neither side likes to settle for a share of the points as both have 4 or less draws in the league across their 25 matches. Expect both sides to throw everything they’ve got at this fixture as it shapes to be a real make or break contest. 1 unit.

Team Secret has been on a tear, just losing 2 of their last 10 games and is unbeaten in the Round-robin stage of DreamLeague Season 14. Safe to say that they’ve maintained their status as the kings of Dota2 (in EU that is). On the other hand OG, the team that’s said to be their rivals (still talking about EU), has had terrible form in their 2021 start. They’ve already lost to Vikin.gg and Alliance in DreamLeague, both teams which were already beaten by Team Secret in the same tournament. Granted their last meeting was won by OG, but that was way back in November 2020, since then as I have said before, both team’s form have been night and day. With the way Team Secret is playing now, it’s hard too see OG taking one map. 1 unit.

*Odds are correct at the time of writing

If you like our selections for this week, copy from bet ID sport:6971982 and you can even add more selections from there. Remember, if you copy our multi/parlay exactly and it wins, we’ll bonus anyone who tails it with some awesome coupons!

Also, starting next week, we’re going to be starting a Community Tip section! What does this mean? It means that one of you will be able to submit a tip to this weekly article every week!

We’ll set out some rules on the forum when we open this up but long story short, send us a tip every week and if we use it and it wins, you’ll get a $10 bonus! 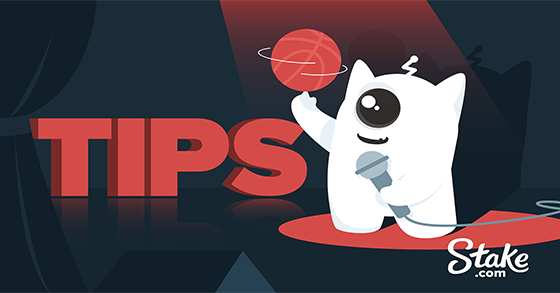 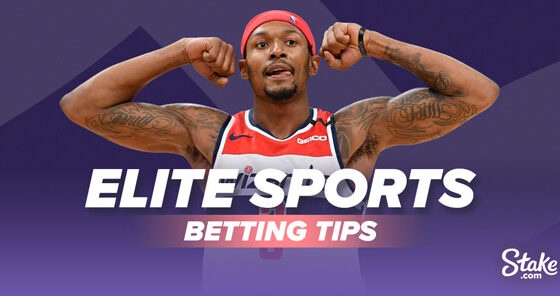 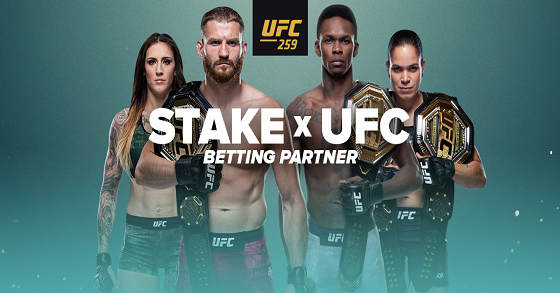 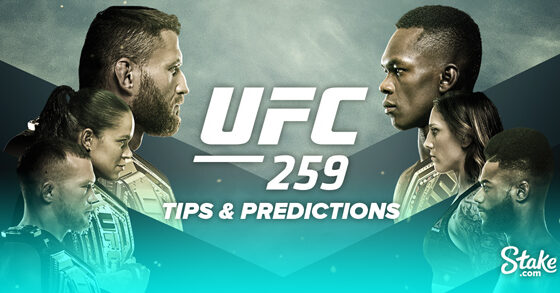 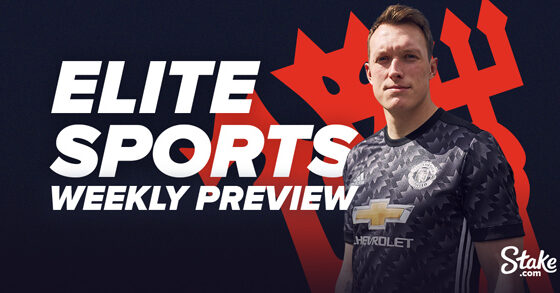 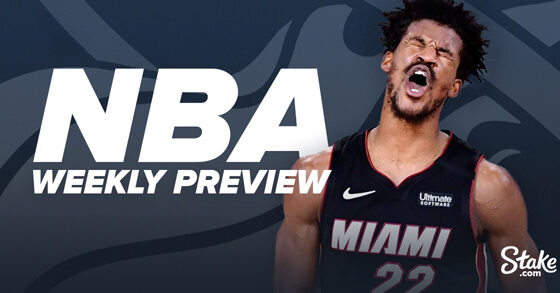 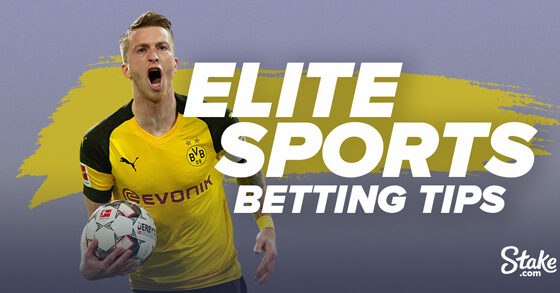 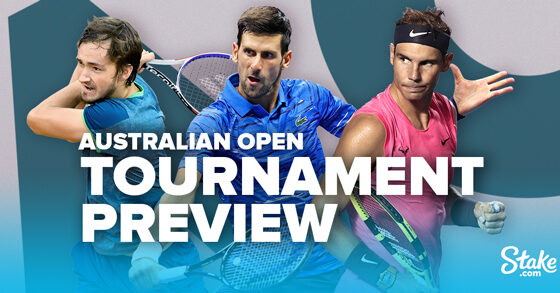