After an eventful clash between these two teams at the same venue just yesterday, we’re backing Portland to be able to replicate the result, albeit in some easier circumstances. The Trail Blazers were down by as many as 17 with just six minutes to go in this game. How they were able to stay in it and ultimately come out on top, was a quality team showing why they may be a major player come playoff time. Dame dropped 50 with 10 assists, remarkable, of course. But it was contribution from all players in the final six minutes which saw them in good stead, contributions they were unable to muster in the previous three and a half quarters. New Orleans are a good basketball team, but the game just yesterday showed why they are stuck at .425, not able to close out games. Did they fire their best shot yesterday? I think they may have, and the 1.89 at home may be too good to pass up. Expect Portland to play less Lillard ball, and more of a team-based game. With CJ McCollum now playing his second game back from injury, he will be better for the run, showing less cobwebs than he showed yesterday, where he shot 3-11. 1 unit on the home side here. 1 unit.

United come in as favourites, though perhaps less so than in the first leg at Old Trafford. This makes sense, of course, but United’s form away from home has far outshone their performances at Old Trafford of late. Having not won a trophy since 2017, and with pressure mounting, we think United can take care of business to somewhat remind the world who they are, or once were. Matteo Politano possibly quashed the Rossoneri’s hopes of a long-awaited return to the Serie A Throne, as Napoli’s win sent Milan nine points adrift of Inter Milan in the title race. Without Ibrahimovic, Milan have struggled, barely making it into the Round of 16 and just managing to scrape a draw in the first leg of this tie. The story was written through headers last time out, as Amad Diallo looped one over Gianluigi Donnarumma, and Simon Kjaer popped one past Dean Henderson. In theory, with Milan performing poorly at home and United strong away recently, this is set up for a United victory. However, with some of the silver-platter-misses the Red Devils have been shanking lately, it could be that they miss five clear-cut chances, so don’t expect them to dominate Milan on the score board like they did Southampton a few weeks ago. We still think they can take care of business, and predict AC Milan 1 – 3 Manchester United. Look for one or two of the young players to have a considerable impact. 1 Unit.

The Old Lady have found the going tough in season 20/21. They find themselves ten points off the pace in the league and 3rd behind Inter and AC Milan and now, they’re out of the Champions League. Andrea Pirlo’s side will have plenty of pent-up rage that is ready to explode and whoever’s in their way as the season reaches a close, beware. After a Ronaldo hat-trick secured a 3-1 win against a tricky Cagliari side, they now return to Turin to face lowly Benevento. Gli Stregoni themselves are in a spot of bother following a decent start to the season where they secured results against Roma, Juventus and Lazio twice. Although they’re in a fight to avoid the drop, at least they’re not already relegated at this stage like their first season where they were still in single digit points with a handful of games to go! Even so, with a poor run of results recently, we expect Juve to find another three points here as they make what is now an unlikely surge for the Scudetto. Typically a strong side defensively with only 22 goals conceded in the league so far (no team in the league has a better Goals Against record), they should be able to withhold a Benevento frontline that has yielded a paltry four goals since the beginning of February. For this price, we can’t say no. 1 unit.

There’s value here – plain and simple. The Hornets are one of the biggest underdogs on the NBA slate for the day, and we can’t figure out why. They’ve won 7 of their past 10 matches, including a current 4 win streak that they hope to continue here on the road in LA. Charlotte have no injuries at the time of writing and will carry their full team into this clash, including scoring options in Terry Rozier, Gordon Hayward and the now permanent starting point guard Lamelo Ball. The Lakers have struggled recently without Anthony Davis and Marc Gasol, losing 5 of their past 10 and not looking like the reigning champions we know. We’re tempted to back Charlotte to steal a road win here against an undoubtedly better team – their current price of 4.00 is extremely juicy. Instead, we’ll recommend the Hornets at the above line as the price there is still too good to be true. 1.99 for them to simply finish within 7 points of a struggling Lakers outfit? We’ll take that all day. 1.5 units.

These two are obviously the best teams in the Division 1 of the Epic League after both of them went unbeaten in the group stage, and now they meet at the Upper Bracket Finals to determine a sure slot in the Grand Final. The last time these two teams met was on the grand final of the BTS Pro Series last December 2020 where Team Spirit won 3-0 which is really quite telling. Both teams had roster changes since then where both of them replaced one player, however I still think the core lineup remains intact and their previous matchup is still a good indicator of what might happen in their next meeting. 2 units.

It’s 8th Vs 9th this weekend as Spurs make the trip up to Aston Villa. Jose Mourinho’s side had had somewhat of a resurgence lately before getting edged out 2-1 by Arsenal in the North London derby last weekend, winning 5 of the previous 6 games. They’ve been free scoring in that time, putting four past both Crystal Palace and Burnley in the EPL and Wolfsberger in the Europa League. It should be noted that Son is a potential injury doubt for this game, having gone off with a slight hamstring problem against Arsenal. Villa on the other hand have been sorely missing the injured Jack Grealish, with their only win in the last 6 coming against Leeds in a game where Villa took the lead inside five minutes and then parked the proverbial bus. In those 6 games they’ve scored a paltry 3 goals, and Villa boss Dean Smith will be desperately hoping Grealish will be fit in time to play some part against Spurs after being back in training this week.With Grealish a doubt Smith will most likely set up his team to play for a point if their recent performances are anything to go by. Jose on the other hand isn’t the most attacking coach either, but with the extra quality up front in Kane, Bale and Son (if fit) this should give Spurs the extra bit of quality to nick this by the odd goal or two. Back Spurs and under 3.5 at 3.1. 2 units.

Since the beginning of the month of March Rishabh Pant has score 172 runs in 4 innings in Ahmedabad – I’ll do the maths for you: an average of 43 runs per innings. Now if you’re not aware 101 of the runs were in the 4th and final match of the Test Series. However, it is this Match-of-the-Match-awarded innings that suggests the world-class batting ability of Pant and this line is quite insulting. To put into perspective, in difficult batting conditions, England’s whole team only scored 340 across their 2 innings. Pant batting-style during Test cricket is pretty much identical to his T20 one, there it has seen him carry some form into the first three matches scoring: 21, 26 & 25. His last innings saw him be  stitched up by his captain (Kohli) to be run-out for 25 off 20 balls. India are 2-1 down in the series and that is down to the excellent bowling from England, so we should expect enough time at the crease for Pant to easily cover this line.

This week, our community tip comes from sAik1 who has gone with the following.

Koln vs Borussia Dortmund – Dortmund to score in both halves – Yes @ 2.08

Given how strong Dortmund are up forward, we like this tip. Koln have been struggling in the league and after a loss to Bayern, Dortmund need to bounce back.

*Odds subject to change prior to the start of the events

If you like our tips, feel free to copy from sport:7850778 and if you back every leg of our multi and every single leg wins, we’ll hand out some cheeky coupons!

Also good luck to our community tip who could win $10 if their tip gets up! 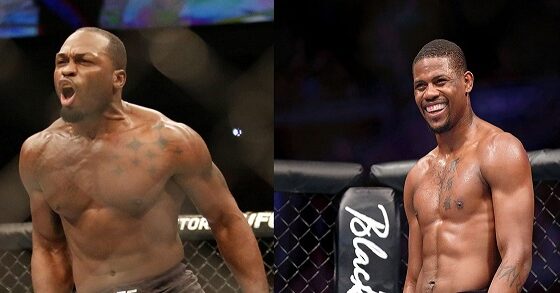 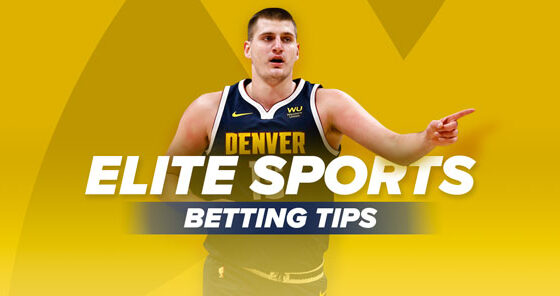 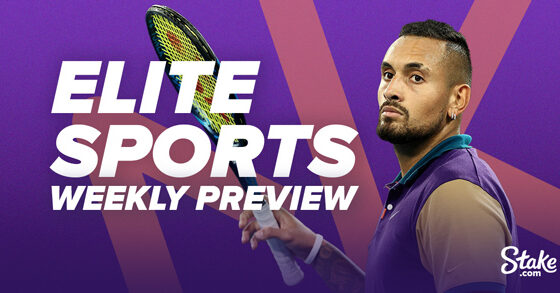