This match up is a tough one. Stipe defeated Ngannou, the UFC’s heaviest hitter, in five rounds last time out in 2018, winning all five rounds. This time, it’s as simple as this: if Ngannou can land some massive hits, he could well knock him out. If not, Stipe will probably dominate with his superior conditioning, diversity in style, and wrestling technique. Ngannou is a more dynamic fighter since then, but Miocic has gone on to establish himself as probably the greatest ever Heavyweight, defeating Daniel Cormier 2-1 in a series of main events. Last time out, Stipe landed 73% of his 95 significant strikes to Ngannou’s 18% of 113. Additionally, Stipe landed 6 of his 14 takedown attempts, to Ngannou’s 0 of 1. Finally, Stipe was thought to be in control of the grapple for 15:05 to Ngannou’s 0:02. Sure, Ngannou can probably knock Miocic’s lights out, but that’s really his only likely shot. Otherwise, Stipe has him covered. 1 Unit

The Kiwis have comprehensively dealt with a tricky Bangladesh side in the last two ODI matches, taking the spoils by eight and five wickets respectively. Heading into what is essentially a dead rubber, New Zealand captain Tom Latham will be on the back of a match winning century. Typically an opening batsman at Test level, Latham’s been batting at five behind Martin Guptill, Henry Nicholls, Will Young and Devon Conway. This does present some risk as he could come into the innings late and get out cheaply chasing late runs. But even so, we feel that regardless of whether the Kiwis bat or bowl first, this line is way too low for someone who hit three figures last time out and by all intents and purposes, is a seriously good batsman. For this bet to get up, we’d like New Zealand to bat second but even if Bangladesh go in to bat first, we like this bet a lot. 1 unit.

Rankings alone, this match seems a no brainer, with Madison Keys occupying a spot in the top 20, and her opponent lurking in the 300s. However, the rankings don’t tell the whole story. The 23 year old Croat has previously been as high as rank 20, but injury has seen a decline so early into a promising career. Nevertheless, the 338 ranking does not do her justice. The same can be said for Madison Keys, who missed the Australian Open and surrounding tournaments due to COVID-19. She has been as high as number 7 in the world, and has used her four matches in March so far to regain some confidence, as well as getting her eye in. Konjuh has played a lot of matches in 2021, and has struggled against opponents half the calibre of Keys, with straight sets losses to players in the top 50.Konjuh is not on Keys’ level yet, and we think playing in her home country will only assist Keys more in winning her first game of the tournament in straight sets. 1.97 is a very good price here. 1 unit.

Although an easy win will be expected of this England side, getting to the 8 goal mark against San Marino won’t be the easiest proposition. Only Belgium and Russia have managed that feat in the last 22 games San Marino have played since 2018 and England themselves have failed to accomplish this in the last two occasions they’ve faced San Marino, beating them 5-0 and 6-0 respectively. They have Harry Kane as the only established striker at this level in the squad, with the likes of Ollie Watkins getting his first call up and Dominic Calvert Lewin and Marcus Rashford the only other out and out strikers, none of which are firing at domestic level at the moment. Expect a similar scoreline to what they’ve managed in the last couple of outings against San Marino. 2 units.

Gonzaga are as close to an unstoppable force as there is in college basketball. They went through the entire season undefeated (albeit in a relatively easy conference) and have yet to be tested in the March Madness tournament, blowing out their opponents in the first and second round by 33 points (Norfolk State) and 16 points (Oklahoma) respectively. Even more impressive is the fact that they’ve won every single game they’ve played this season by a double digit margin. They’ve got a great blend of experienced veterans and exciting freshman and are as balanced as they come. This is the year for the Bulldogs to win it all, and unfortunately for Creighton we don’t see them coming close to the 12.5 point handicap in place here. 1 unit.

International break has rolled back around, and as we’ve all been burnt there too many times before, I’ve dug deep into the third tier of the English league to find a very recognisable name on the rise once again. The Netflix-famous, Black Cats are playing like a team of their size should be. They’re unbeaten in their last nine matches (W7, D2) and that is largely down to their league-leading defensive record that has seen them keep six clean sheets over those nine matches. The draw in their last outing Vs one of the leagues surprise packages, high-flying Lincoln, looks like a blip admittedly. However, looking closely they dominated the first-half going in 1-0 up, then faded in the second-half — I believe this can be attributed to this being their third match in six days! Their away form is worth noting too where over last 10 games they have the best record in the league losing just once, scoring twenty and conceding just six. They visit Bristol Rovers who are the third lowest scorers in the league, failing to score in their last two home games and lost their last three matches. Sunderland will be keen to put the Lincoln result behind them and push for automatic promotion. 2.5 units.

Last time these two teams met back in February, Astralis demolished EG 16-9 on Train and 16-7 on Dust2. Since then, EG lost one of their impact players “Ethan”, who pursued a professional career in Valorant, and later signed “oBo”, a very able and young talent but has been on hiatus from competitive CSGO for 6 months. So we have Astralis, a well-oiled machine who’s been competing at the top level for the longest time versus Evil Geniuses, a team trying to get back in form but was halted due to the departure of a key player. Astralis to win the Map Handicap seems to good to pass on at 1.87. 1.5 units.

This week’s community tip comes from lettawi who has chosen the following.

If we take a look at a screenshot below, we can see that both teams are about to score at least one goal per match. This should be an easy one.

Many thanks for the screenshot and tip! Remember, if it wins, we’ll bonus you $10!

If you like our multi, you can tail it through the following bet ID – sport:8087421. Remember, if you tail all legs and they all win, we’ll give out some cheeky coupons! 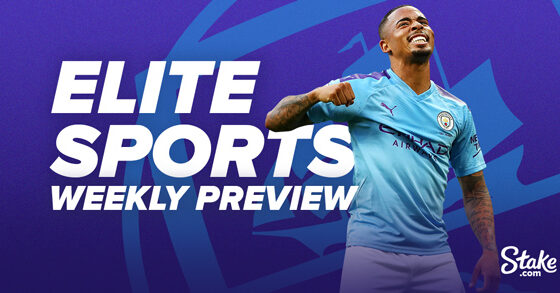 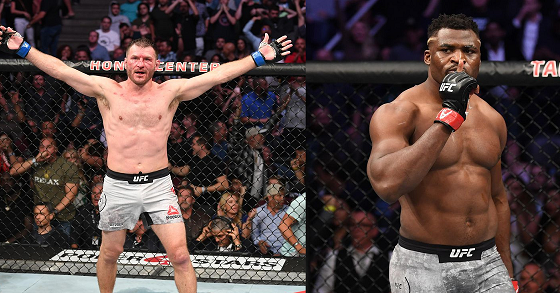