Steven Gerrard will be looking to join John Gregory and Gerard Houlier in recording his first win in Aston Villa colours in his first top-flight game in charge of the club.

Here’s why we think he can. Despite losing five in a row, Aston Villa have actually won more games in their last six than their weekend opponents, who have albeit drawn five out of their last six.

It’s safe to say Dean Smith struggled to find his preferred lineup, and this ultimately led to his downfall and apparent loss of faith as manager of the Midlands club.

While Gerrard is not expected to find his lineup either in just his first game, he will get some reinforcements back into the starting eleven. More specifically, Danny Ings and Eric Konsa.

There’s something to be said about first game syndrome, a new lease of life amongst the squad, and while this isn’t a homecoming of sorts, the pedigree and respect Gerrard has gained during his managerial tenure means he’ll gain respect from the off – expect a fast start.  0.5 unit

This seems like a big price for the Aaron Rodgers-led Packers against a division rival. The Packers have been excellent this season, going 8-2 overall including 4-2 on the road – which is where they meet Minnesota this time around.

Even more impressive is that one of these losses came in Kansas City without star man Aaron Rodgers.

He’s 8-1 for the year; an ominous record for Vikings fans to see before this clash. With the Packers defence keeping opposing offenses to the third fewest points per game in the NFL (18.0) and the third fewest passing yards per game (202.7) and the aforementioned Rodgers leading the charge on offense, we struggle to see Minnesota coming out on top in this clash.

The Vikings are somehow second in the NFC North after struggling to a 4-5 record so far, and now find their best offensive player – Dalvin Cook – embroiled in a domestic abuse case, with both him and his ex-partner alleging abuse from one another.

This kind of distraction certainly doesn’t go hand in hand with team cohesiveness and morale, and against a team as strong and as ruthless as Green Bay that’s the last thing you’d want.

Packers to take this one out on the road against a team that just can’t match up with them. 1 unit.

Sitting ninth in the league and with a very real chance of not making the next round of the Conference League, change was needed and there is still much work to be done.

They have started ok under Conte with a win against Vitesse in the Conference League and a goalless draw away at Everton.

Now, they return home from the international break with 15th placed Leeds United up next.

After a memorable campaign in 2020/21, Marcelo Bielsa’s side are struggling with only two wins in their first 11 games against Watford and a relegation-doomed Norwich City.

Following the international break, it is unlikely that star forward Raphinha will be available and without him, their attacking threat will be diminished should the Brazilian not take the field.

With Patrick Bamford still out with an ankle injury sustained in September, it’s hard to see where Leeds will get their goals from against a Spurs side who granted, haven’t exactly set the world on fire defensively this season.

But with Conte in charge, you can expect them to be a lot sturdier than they were under Nuno. Former Atalanta centre-half Cristian Romero is in doubt for the Sunday night clash in London, but Conte has plenty of adequate replacements in the wings such as Davinson Sanchez, Joe Rodon and Japhet Tanganga.

Despite their indifferent start to the season, we’ll back Spurs to at the very least keep a clean sheet at home. 1 unit

We’re back! New broadcaster, new marketing push, a new mob in charge and a new name (Isuzu Utes A-League….it rolls off the tongue!)

One thing that looks set to remain for now is Melbourne City’s dominance. They’ve managed to keep their title winning team intact, whilst adding the likes of Matthew Leckie up front.

City will be looking to hit the ground running. They have their full array of attacking options available (including all Socceroos Maclaren, Leckie and Nabbout) and on paper seem a far superior outfit.

Brisbane are missing captain and defender Tom Aldred with injury, and unless one of their new young signings in Ivanovic or Dehmie steps up straight away, it’s hard to see Brisbane coming away with anything at a ground where they’ve failed to win in their last 15 attempts. 1 unit

Burnley boss Sean Dyche will be go into this one harbouring some optimism after seeing his side go unbeaten in their last three, including a very good point away at table toppers Chelsea just before the international break.

Although they still sit in the final relegation spot, a couple of wins will see them climb what is an extremely congested bottom half of the table.

In Maxwell Cornet they seem to have found someone who provides a consistent threat and no one can deny that Dyche’s team always make themselves difficult to beat.

Crystal Palace will also fancy themselves in this one, having recorded back to back wins at home to Wolves and even more impressively away at Manchester City.

In Wilfried Zaha and Conor Gallagher they have their own attacking threat, with the latter in fantastic form so far this season.

It should be noted that prior to the above they’d drawn four games in a row to Brighton, Newcastle, Arsenal and Leicester.

They actually have the most draws of any team this season with six in eleven league games. Despite Palace’s last couple of results I’m going for a draw here as well.

Burnley have also improved in the last few games and with Dyche knowing how to seat up his side to frustrate the opposition I think they’ll have enough to get a point.

They’re also second in the ‘most draw’s’ category this season with five, and it simply seems the most obvious outcome. 1 unit

The Saudi Arabian revolution well and truly begins on Tyneside on Saturday as Newcastle take on Brentford in Eddie Howe’s first game in charge.

The city will be on tenterhooks as the Magpies look to claim their first win of the EPL season, while the Bees come into this off the back of some disappointing recent results.

It was just a few short weeks ago that Brentford were being tipped for a top half finish but an alarming run of four defeats from their last four games may well have put paid to those ambitions.

Despite Bournemouth’s relegation from the Premier League in 2020, Howe lost no admirers, and takes over a squad with some familiar faces from his time on the South Coast in Matt Ritchie, Callum Wilson and Ryan Fraser.

He also has a track record of bringing the best out of young players, which bodes well for the likes of Joe Willock, Jamal Lewis and Sean Longstaff, and has had two weeks to impose his ideas on the majority of his squad.

Brentford’s latest defeat at home to Norwich would have set alarm bells ringing in West London and a rocking St James’ Park won’t make life any easier for them on Saturday.

Newcastle know this is a must-win game and look a cracking bet at the current prices to register their first three point haul of the season. 1 unit

Patrick Mahomes has bounced back the last few weeks and seems to be returning to his usual exceptional standards.

There seems to have been an overreaction to a few poor weeks from him, but don’t let that fool you, he remains the best QB in the NFL.

And when clicking, this offence is the best in the game, and it looks like they’ve found the form that made them AFC Champions last year.

This pick has nothing against Dallas, just the underrating of KC.

Their improvement on the defensive end has meant they’re now genuine NFC contenders, which makes this a bit of a blockbuster.

But their improvement has seen them move to the middle of the pack from one of the worst in the league.

Their pass defence is still in the league’s bottom half in passing yards allowed. Up against an in-form Mahomes lead offence, in the Arrowhead cauldron, for one of the Regular Season’s biggest matches…it’s a scenario not too familiar for Dallas and I think they’ll come unstuck.

This is the time to be backing the Chiefs after their woeful start to the season whilst confidence is low in the market; you will not be seeing these short spreads for much longer… 1 unit

Now in the quarter finals, both teams will be bringing their best in this BO3 match on LAN. The last time these two faced off was at IEM Cologne where Faze had a solid victory 2:1.

Although Faze hasn’t had the best form these past few weeks, the experience of Olofmeister should greatly help in a higher pressure event back in front of a crowd. 1 unit

It’s hard to comprehend how the Hornets who are in a three-game winning streak AND are playing at home against the struggling Pacers is priced at almost even odds to win their match tomorrow.

Mind you this is the Hornets that just beat the Wizards, and the Warriors who have the best records in their respective conferences. Don’t think I need to say more. 1 unit

An intriguing match up here coming out of the international break. Arsenal started the season off terribly and the Arteta out brigade was in full voice, but since losing 5-0 to Man City, they have turned it around going unbeaten in their last 10 with 8 of those being wins.

Coming to Anfield though will be the big test for whether this unbeaten run was due to the level of opposition faced, or if they really have turned a corner.

They have performed terribly here in recent times losing 3-1, 5-1 & 4-0 in their last three visits, and Liverpool have been deadly up front again this season, having put five goals past Porto, Man Utd & Watford.

Liverpool’s star man Mo Salah has been in scintillating form averaging a goal a game, but they have also had a number of slip ups lately drawing to Brighton, Brentford and losing to West ham. Their midfield depth has been tested with several key outs in Keita, Milner & Firmino.

On top of this several players (Henderson & Mane) returned from international break with niggling injuries and question marks over their fitness so it will be interesting to see how they line up.

Overall this is the first big test for Arsenal since their loss to Man City. I personally have been impressed with arsenal of late and think they are a much better chance of coming away with a point than the odds suggest. 1 unit 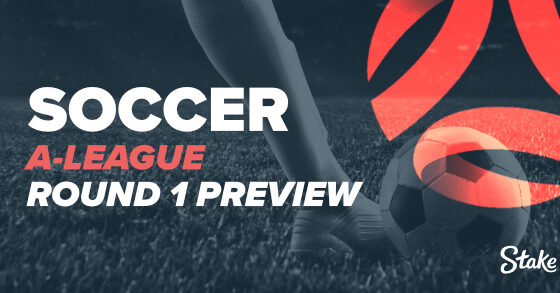