Not our greatest showing last week, but with some big fixtures on this weekend, we’re going harder than ever!

Who would have thought that a Merseyside Derby would look like one of the biggest matches of the Season? Enter Don Carlo, the Diva Whisperer. Ancelotti has brought flair and vigour to Everton, along with some very good signings. Everton have only lost one of their last eight home matches against Liverpool, but have failed to win any of them. However, they have won all of their matches so far this season, and Dominic Calvert-Lewin has scored six Premier League goals already, scoring in every match. Liverpool were embarrassed last time out against an over-achieving Aston Villa, and will look to re-establish themselves as the team to beat, so we’re expecting them to at least put one in the back of the net. 1 Unit on this one.

Contrary to the confusion, Said Nurmagomedov is not related to Khabib. He does share one key characteristic, however: he is good at fighting. Said won his most recent fight by KO/TKO in round 1 at 2:28 over Ricardo Ramos, and looks set to make light work of his opponent on Fight Island. Nurmagomedov is a class above Striegl on his feet. Similarly, The Iron Turtle, Park Jun-yong, looks like a sure thing. Park is easily Phillips’ equal on his feet, and will absolutely destroy him if the fight goes to ground. You’ll be selling yourself short if you don’t combine these two picks. 2 Units on these both.

Wolverhampton are better than this. They currently sit at 14th in the table after 4 matches – with two wins, two losses and a goal difference of -3. After finishing just outside the top 6 last season, they made squad improvements over the offseason in the hope of climbing into that tier. After shipping 7 goals in their first two matches to Liverpool and Fulham, Leeds were looking like they’d struggle at the back. They’ve been more solid in their past two outings, but Wolves will be looking to capitalise here after going hungry so far this season – with star striker Raul Jimenez netting for Mexico over the International break to boost his confidence ahead of this fixture. No one expects Wolves to sit in 13th all season. They’re treated harshly as underdogs here – this is a great chance for them to get their season going and march up the table with a win against a promoted Leeds side that has undoubtedly surprised many – can they keep it up, however? 1 unit on this one.

The Jets shocked the footballing world when they released Le’Veon Bell before their awful coach Adam Gase earlier this week. It truly is baffling as to how awful the Jets are managed, and the beating should continue this Sunday with a divisional matchup at Miami.Last week, the Dolphins absolutely stomped San Fransisco 43-17; a team that appeared in the Super Bowl in February. They have a good passing offense with Ryan Fitzpatrick at the helm and a talented defensive secondary led by Xavien Howard. New York could struggle mightily in the air here, and with the worst running backs in the NFL they should struggle on the ground too.The Jets are hopeless on both sides of the ball, giving up the second most points per game and scoring the fewest in the NFL. This will only get worse with their starting QB out injured and their best offensive player gone from the team. Speculation grows every week that they’re tanking to gain the #1 overall draft pick. We see Miami rolling past the winless Jets with ease. 2 units here.

It’s preliminary final time, with the winner of this blockbuster clash earning a spot in the Grand Final – the biggest game of the year. Port Adelaide, who have been on top all year, versus a Richmond team who have won two out of the last three premierships, proven winners. These two sides faced off in early August with Port Adelaide coming home strong to win by 21 points, after trailing at three quarter time. But a lot has changed since then. A fit Port Adelaide side came up against a Tiger outfit missing seven key players. Yes, seven. That including their captain Trent Cotchin, last season’s best and fairest in Dion Prestia, Shane Edwards, Bachar Houli and key defender David Astbury to name a few. It was their most inexperienced side to date this season, and it was only some ill-discipline that saw them fall at the last hurdle. What else has changed? Their ability to win the footy out of the middle, something used heavily against them last time out against Port Adelaide. Albeit helped by their star inclusions, their semi-final victory last week showed just how strong their midfield can be, which is normally seen as their weakest link. If the Tigers can win the first ball, it could be danger signs for the home team. Since beginning their glory years in 2017, Richmond have won seven out of their eight finals. Out of these seven, six have been against teams they have lost to earlier in the season – quite a remarkable statistic. Port Adelaide have also played just one game in the past month, which has been seen to hurt a lot of sides since the pre-finals bye came into existence. Ultimately, the Tigers are a finals hardened team. They will not be phased by the hostile atmosphere in Adelaide, they should relish in it. Their superb track record along with their strong performance against Port Adelaide last time out gives me enough confidence to back them here. At underdog price, I think this could be one the bookies get wrong. 1 unit here.

Celta Vigo had a week to forget before the international break, losing 2-0 away to Osasuna after a 0-3 loss at home vs 10-men Barca. With just the 1 win in 5, which come against a struggling Valencia team, after a relatively easy start to the season, is very disappointing for a team with European aspirations. Goals have been hard to come by too scoring 3 goals in 5 matches, but in Iago Aspas (who scored all 3 goals)  they have a player creating or scoring, making the O1.5 that little more attractive. You could argue with the expectations of Atleti that the same poor week for Celta was even worse for Los Rojiblancos: 0-0 in both games vs Huesca (a) and Villareal (h) going into them both as ~1.55 favourites. However, their defence (as usual) makes every match winnable. They’ve conceded only 1 goal in 5 league games and now come up against a team with aforementioned attacking struggles. The individual talents of Joao Felix, Luis Suarez (who scored 3 goals in 2 games during the International break for Uruguay) and a supporting cast of Carrasco, Diego Costa and a midfield all capable of scoring, you imagine its a matter of time before the flood gates open. 2 units here.

This is a good matchup for the Ravens, who have been torching lesser teams, while struggling against quality opposition. Carson Wentz has turned things around after looking terrible in the first three weeks of the season, but that won’t be enough. Lamar Jackson has underperformed by his lofty standards, so look for him to try to set the record straight. The Eagles are one of the most high pressure teams in the league, and Jackson’s stats show that he is a beast under pressure. The Eagles were unable to contain the Steelers last time out, so their hopes of keeping the Ravens’ scoreline down are slim. 2 Units here.

Manchester United are a club in turmoil. Their transfer targets missed, rumours of their star players having no confidence in the manager, their out of sorts captain Harry Maguire enduring a miserable week after getting sent off whilst playing for his country and Paul Pogba looking all starry eyed at Real Madrid. Ole looked a broken man at times during their miserable 6-1 hammering by Spurs last time out, and he goes into this most likely having to rely on pretty much the same side (minus the suspended Antony Martial). New star striker Edinson Cavani is out after having to isolate following his arrival from France and Alex Telles is unlikely to feature having only had a few days training with his new team-mates due to being on international duty. Meanwhile at the back Maguire will no doubt be required despite his midweek horror show for England due to a lack of viable alternatives. It’s difficult to say much positive about this United side at the moment, with their extremely fortuitous victory over Brighton the only league game they’ve managed to win this season. They’ll be looking to the likes of Paul Pogba, Bruno Fernandes and Marcus Rashford to provide the spark to kickstart their season. Meanwhile Steve Bruce has several players he can call upon again after injury, not least the talismanic Allan Saint-Maximin, who signed a new contract until 2026 in midweek. Apart from a heavy defeat to Brighton they’ve had some decent results this season, comfortably seeing off Burnley and West Ham and getting a battling point against Tottenham. They’ve also beaten Man Utd twice in the last three corresponding fixtures. With Callum Wilson looking sharp with four goals in his first four games, the creative talents of Saint Maxim and with Newcastle in general looking much more solid than they did last season, 4.90 for them to win at home against this United side at the moment is simply too big a price. 1 unit here.

Easily the biggest Milan derby in a long time, all eyes will be on these two behemoths of Italian football this weekend. Inter are coming off a strong 2019/20 season where they challenged for the Serie A title and made the Europa League final. With Lautaro Martinez and Romelu Lukaku leading the line, we expect them to find the net at least once. AC Milan on the other hand have been rejuvenated since the restart of football earlier this year, where they have rarely dropped points. With Zlatan Ibrahimovic expected to start for the Rossoneri, we should see just why they’re in Champions League placings this weekend. We do expect that Inter will take at least some form of result away from this match, given their strength and recent record against their fiercest rivals. But derbies are typically unpredictable, hence why we’re going with just the 1 unit here.

If you like our selections, feel free to copy from sports bet ID 3791993

As always, if you back all legs of our multi and every single leg wins, we’ll hand out cheeky coupons to anyone else who tailed us! Make sure you tag us on social media to get heard!

Don’t access our blog often and want to find our tips from our site directly? Now, if you come across this message when viewing a fixture, you’ll know what markets we’re targeting and you can then also view our other weekend tips! 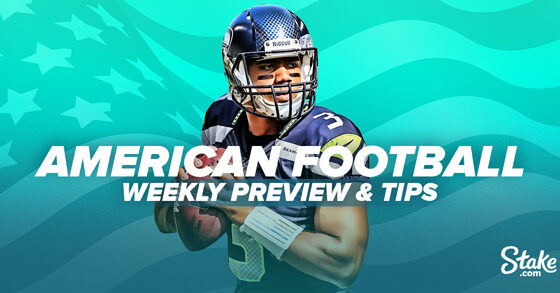