Let’s crack on with our last set of tips for October!

Rennes have made a strong start to their league season, sitting 3rd on the table. Although their Champions League efforts so far have only yielded them one point, they’re always a tough team to beat at home. Although they lost 2-1 to Angers last time out, they dominated and arguably should’ve taken at least a point with 11 shots and 64% possession. We’ll back them in to return to form and continue fighting to keep touch with PSG and Lille at the top of the table. They will play Stade Brestois who despite beating Monaco not so long ago, sit in a lowly 14th. There is a case to be made for that table position being slightly misleading, but we still think Rennes will be too strong and at 1.87, it’s too good to pass up. 1 unit here.

After an opening day defeat to an Everton team now being lauded as potential title contenders, Spurs have gone on a five game unbeaten run in which they’ve averaged over three goals a game. They’ve hammered Man Utd and Southampton, drawn with Newcastle (where Newcastle keeper Karl Darlow had the game of his life) and West Ham (where they squandered a 3-0 lead). Son and Harry Kane are both in top form and this weekend could see Gareth Bale make his first EPL start since rejoining the club. However, they have only managed to keep one clean sheet in the EPL all season against goal shy Burnley in their last outing. Meanwhile Brighton find themselves just outside the relegation places with only one win from their first six games (coming against Newcastle). They’ve steadied the ship somewhat with successive 1-1 draws against Palace and West Brom after successive defeats to Man Utd and Everton. Although they play some attractive football they look very vulnerable defensively, having shipped twelve goals in those six matches. However, they’ve also scored ten themselves (the only side apart from West Ham in the bottom half of the table to do so), with Neal Maupay leading the way with four goals. We think Spurs will be too strong for Brighton in what should be an entertaining game that looks as though it’ll have a few goals in it. With all that in mind back Spurs to win & both teams to score @ 3.00. 2 units here.

This week in the NFL, we’re looking to the matchup between undefeated Pittsburgh and division rivals Baltimore. The Steelers are leading the NFL with a 6-0 record behind a stingy defense and well-oiled offense. Meanwhile, the Ravens are on a 3 win streak following their embarrassing loss to defending champions Kansas City.We like the Steelers a lot here. They concede the second fewest rushing yards per contest of any team in the NFL and here they come up against a run-heavy team in Baltimore. Lamar Jackson and the Ravens backfield rush over 30 times per contest, and the Steelers defensive line is extremely solid in stopping such plays. Further, the Ravens only just eased past the hapless Eagles by two points in their last matchup, giving us confidence in Pittsburgh covering here.This is a rivalry match between two strong teams. With the Ravens well-rested coming off their bye, this one should be a tight contest – but we feel the Steelers can stay within 5 points of the Ravens at the very least. 1 unit here.

Are we seeing a changing of the guard at Chelsea? A team known for their inability to defend is slowly becoming a little more comfortable. New goalkeeper Edouard Mendy has conceded just the one goal in his five games in the Chelsea shirt, now keeping four consecutive clean sheets. Thiago Silva is also leading from the back, with Kurt Zouma getting better in his presence. Their wing back positions are also improving each week, with arguably Chelsea’s best signing Ben Chilwell proving money well spent thus far this season.After two draws in their last two PL matches, Chelsea now need to start getting some consistent results. They travel to Burnley who are yet to score at home this season, and only have one point on the board from their five games. This should be a comfortable win for the Blues, who have beaten this -1 handicap in three out of their last four matches with Burnley. We think this could be an easy fill up at 1.83. 1 unit here.

Come on now, is this free money? Virat Kohli, David Warner, AD de Villiers – and more! Someone is going to get 70+. This is a huge match, so expect the big hitters to come out flying. RCB in 2nd sit well above SRH in 6th, so we expect the Sunrisers to make a massive push to climb the table. Both teams have only won 2 of their last 5, which is pretty poor for supposed ‘top teams’, so big run totals are a must at this stage of the season. 3 Units here!

West Ham have exceeded expectation recently, and Michail Antonio has proven time and again that he is a one-man force to be reckoned with. Conversely, Liverpool are mourning the deaths of Virgil van Dijk and Fabinho, and have won the ‘First Ever Team to Have Players Get Injured Award’. While it is fun to mock the Scousers’ whining, it is also quite hilarious to wonder who will fill their backline this weekend. Perhaps the ultimate multi-faceted player, Firmino, will line up alongside Joe Gomez. Whoever steps in to fill the void, the Hammers will target, and we think an upset is on the cards here. David Moyes is reportedly on the verge of signing a new contract, so he’ll be keen to see his side perform, and the consensus is that the players like him, so they’re going to give their all to topple the Champions. Antonio is rumoured to have a hamstring problem, so don’t put money on him to score just yet. 1 Unit here.

One of the all-time greats will probably fight his last UFC fight this weekend. The Spider has a 34-10-0, 1NC record throughout his long career, and holds the record for the longest title reign in UFC history at 2,457 days during his heyday. That’s a lot of days. Not only is he a legend inside the octagon, he is a tremendous character. Many of his 10 losses came in his twilight years, as he happily gave up and comers the opportunity to take on an old titan – you can see the joy in his face while getting beat up by Israel Adesanya last year. He could have gone out on top with a better record, but chose to continue to be a role model. This weekend, Silva will almost certainly lose, but he will go down with the respect of the entire MMA community. Uriah Hall has been in decent form lately, but is nearing the tail-end of his prime, too, so will look to get this fight sorted quickly. We expect an early-mid KO or TKO from Hall, but really hope that Silva takes home the W. 2 Units on Each.

What a ride this Presidency has been, and what an adventure of an election campaign. We know without question that Trump “knows more about wind than [Biden does]”, and that Biden “possibly” uses prescription drugs to lift his performance in debates. Biden just wants to know when Trump will shut up. In the eyes of many, this election will come down to the US Population’s pick of the lesser of two evils, as it is widely accepted that there is no great candidate for President. In 40 years our kids and grandkids will ask us what was going on in the World through this period of our lives, and we will surely sigh. Last time out, Trump was a tremendous underdog, and his odds are much more favourable this time around – the Incumbent usually wins. Most polls and official trackers expect Biden to win somewhat comfortably, but we feel that many Americans have a love for Trump deep down, and he’ll sneak in with an injury-time winner here, so to speak. The population don’t mind the sound of “the best stimulus package [they’ve] ever seen”. Clearly, a Trump win will be better for the economy and Wall Street in the short-term, and we think the Market will do what it does best – money talks. It is 2020, after all. Trump will run it back for a second term. 2 units here.

Both these sides have made a strong start to their Conference league seasons, with Torquay sitting pretty in top spot. With many storied sides in the league this season, the battle for promotion spots will be hotly contested. Hartlepool are one of those sides and despite a shock draw to cellar dwellers Altrincham, sit in the top end of the table too. We think that the Gulls (Torquay) may struggle to get the job done against a Hartlepool side who have yet to lose a game this season. Back the visitors to take a win on the road tomorrow with 2.85 being very decent value. 2 units here.

To use our selections for this weekend, feel free to copy from sport:4066006 and you can chop and change selections as you please.

Our final two tips for this week (Trump to win the election and Hartlepool to beat Torquay) have been inserted into a secondary multi with odds of 7.55. If you’re a fan of those selections, feel free to use sport:4085880.

Remember, if every leg of our multi wins and you’ve also backed this exact multi, coupons will find their way to you! 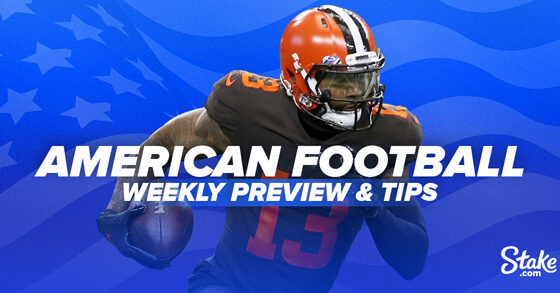