Let’s get right into our tips for the weekend!

If there’s a side you probably don’t want to support right now, it’s West Ham. A 2-0 loss at home to Newcastle where they failed to fire a big shot, a fanbase who is becoming ever-so disgruntled, and ultimately a poor side sees them up against it this season from the get go. Arsenal on the other hand, well supporting them right now would see you full of optimism. A manager who has been backed by the club and fans, a star playing ‘signing da ting’, and a great performance first up away from Fulham, see Arsenal full of confidence. At home, this should be a comfortable win. Arsenal to win by two goals or more seems the value pick here.

Last week, Russell Wilson orchestrated a magnificent offensive performance against the fast-paced Falcons en route to a 13-point victory in a shootout. He completed an outstanding 31 of 35 passes for 322 yards and four touchdowns. Meanwhile, the Patriots – with Cam Newton now at the helm -struggled to get anything going in the air, scoring all of their touchdowns on the ground against the lowly Miami Dolphins.The Seahawks offence is stacked this year; with a perennial All-Pro quarterback in Wilson, two fantastic receivers in Tyler Lockett and DK Metcalf and a strong running game led by Chris Carson, they have some of the best weapons in the NFL and can hurt their opposition in a variety of ways. This offense combined with their rushing defense – which allowed just 72 total yards on the ground to Todd Gurley and the rest of Atlanta’s rushing attack – will make it tough for the seemingly run-first Patriots to keep in touch at home.

West Brom were handed an early wake up call in their return to the EPL last weekend with a 3-0 thumping by Leicester. Despite starting brightly once The Foxes got in front it didn’t look like the result was ever in doubt. Everton on the other hand looked extremely impressive in their 1-0 win at Spurs. Carlo Ancelotti has made some astute looking signings over the summer in Doucoure, Allan and Rodriguez, and with Richarlison and Calvert-Lewin looking sharp it could be a long afternoon for the Baggies. With that in mind we can see Everton putting a few past the Baggies, back them on the handicap at 2.44.

After a shaky couple of weeks in the Bubble Seeding Games, The Lakers have comfortably stomped their opponents in the playoffs so far, handing gentleman’s sweeps to some truly elite adversaries in the Blazers and Rockets. The Nuggets, too, have been outstanding in the playoffs, coming back from 3-1 down twice in a row – the first team to do so in NBA history. We would be crazy to totally write off the Nuggets in this series, but they are mostly young players with little playoff experience, and they are tired. We won’t discount their chances of picking up one or two games, they have shown us enough not to doubt them, but we think LeBron and Co will come out guns blazing to take Game 1 in a blowout. If AD can be consistent, and Rondo keeps his form and doesn’t get hurt, Jimmy Butler might be the only man in the league who isn’t scared of them, but he should be. With the Clippers and Bucks both out, the Lakers will see this as a golden opportunity to hang another banner in the STAPLES Center, and will look to make a statement in Game 1 of the WCFs, so strap in and enjoy the Showtime Renaissance.

This weekend, it’s strength versus endurance as Tyron Woodley takes on long-time rival Colby Covington. This UFC Fight Night will be the last UFC Apex show in Las Vegas, before the exciting return of Fight Island. This is a grudge match like no other. Woodley has already stated both his desire to land a cheap low blow on Covington, willing to take the points deduction, and that he will not shake hands with him after the fight. This fight preview is getting interesting – Covington recently attended an event campaigning for Donald Trump, who pledged his support, promoted some UFC events, and promised to tune in to watch the main event this weekend. We encourage you to search for footage of Covington awkwardly trying – and failing – to kiss Trump’s hand. We don’t think the Trump-factor will have much influence on the pre-fight tension, as Woodley has recently stated indifference toward the President. However, the circus around this fight has us feeling like it will NOT go the distance, as someone is bound to make an error leading to a knockout, a TKO opportunity, or perhaps even a disqualification.1 Unit

Both these sides possess strong defensive qualities, as shown by the Heat in game 2 and the Celtics throughout their series against the Raptors. However, the Celtics will need to win this if they have any chance of making the Finals. Being 2-0 down already, they know just how important this match is. The Heat will want to finish Brad Stevens’ side off quickly and get themselves at an advantage come Finals. Although they’re not quite there yet, their 10-1 playoffs record suggests that they will be tough to overcome and even though the result of this game specifically is hard to predict, both sides will more than likely get some buckets. 1.5 units here.

If you’d like to copy from our bets for this weekend, use the following bet ID: sport:3226350. 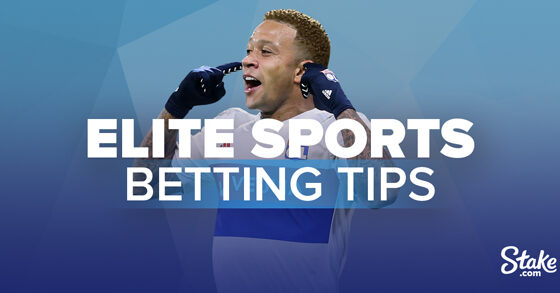