It was a mixed bag last week with some risky bets getting up and then some tough luck on other bets.

But, we go again.

Crystal Palace vs Southampton – Both Teams to Score @ 1.90

The first weekend of the new Premier League season comes with an exciting selection of fixtures. Ranging from Liverpool vs Leeds to Tottenham vs Everton, it’s bound to be a fantastic opening weekend. Perhaps a sleeper fixture is the Crystal Palace vs Southampton match. Palace are notoriously strong at Selhurst Park and will enter as slight favourites. The Saints on the other hand are notoriously good away from home and they ended the previous season with a flurry. We’re sure there will be goals on either side of this one to go with the pure excitement that this match will bring. 1.90 is just to good to be true. 2 units here.

Despite it being a Grand Slam semi-final, we believe this one will be fairly straight forward for the world number 4. The German leads 2-0 in head to heads, both consisting of straight sets victories. He has also looked strong throughout the whole tournament, beating some quality opponents such as Adrian Mannarino, Kevin Anderson and Borna Coric, whilst still beating this -1.5 set line. Carreno-Busta on the other hand just escaped his Quarter-Final in five, after progressing in the fourth round versus Novak Djokovic in what we know was controversial circumstances. Zverev in straight sets at 2.95 is value, but 1.74 for a 3-1 or 3-0 victory is the safer option. We’ll plonk 3 units on this one.

Montpellier come off a 2-1 loss to Rennes, in which they scored an own goal, had a player sent off, and managed only 33% possession. To their credit, they did get off 10 shots, however most signs point toward a slow start to the season for La Paillade. Conversely, Lyon kicked off their season with a 4-1 win over Dijon, courtesy of a Memphis Depay hat trick. This comes off the back of a 2019-20 where they struggled in the league, but reached the Semi-Finals of the Champions League. Les Gones will be stronger, more experienced, and ready to compete this season. We expect Lyon to hold the majority of possession, probably win both halves, and keep a clean sheet. Just the 1 unit here.

When Denver have their backs against the wall, they lock in defensively. We don’t think they will win this game, but with four out of their last five playoff games going under this line, we think this is a safe bet. Denver have learned that the Clippers aren’t like the Jazz, they simply can’t just outscore them. If they want to live another day, they will need to defend. We are expecting a low scoring contest once again and at 1.74, we see great value. 2 units again.

This weekend is headlined by ranked straw weights; No. 8 Waterson takes on No. 13 Hill. Waterson comes in off the back of two close decision losses, while Hill has won three of her last four bouts. This fight is a near-certainty to go the distance, so you might also want to get in on that action at conservative odds of 1.35. Hill has recently vowed to break her history of going the distance, hoping to finish her opponents early on – we think this makes her rash and more likely to make mistakes. Waterson, meanwhile, won three-in-a-row before her last two fights against higher-ranked opposition. Her experience and tenacity should be enough to take out what we expect might end up a split decision victory. We’ll go with just the 1 unit.

After successfully picking the Chiefs handicap on opening night in our tips from last Friday, we’re looking to keep it rolling this week with the favoured Cowboys. The Rams were disappointing last season; with some solid offensive pieces and a great defense on paper, fans expected more coming off their Super Bowl appearance in 2018. Here, they open the season as slight underdogs against the Cowboys, who currently sit as a Super Bowl smokey across the gambling industry. In their past 8 matches as a home underdog, the Rams have a record of 0-7-1 against the spread. They simply struggle in this scenario; the Cowboys have a range of offensive weapons along with a solid defense and one of the best offensive lines in football. Further, the Cowboys steamrolled the Rams by 23 points in their last meeting in December 2019.We think they have a great opportunity to open the season with a win here whilst covering the slim -2.5 spread. 1.5 units seems fair for this one.

Fulham have a second bite at the Premier League cherry after the disastrous transfer window prior to their 18/19 season. Fulham have made some additions but are looking on the whole to stay with the squad that brought them up. In Mitrovic they’ve got someone who will cause the defenders of Arsenal nightmares when they want to play out with the ball. On the Craven Cottage pitch Arsenal will not get the chance to play how Arteta wants them vs a team managed by Scott Parker.Nevertheless, it is Arsenal and their complacency that has really attracted us to this bet. They’re tipped to do better this season after their worst season in 25 years. Particularly after winning the FA Cup & Community Shield when they went off underdog. However, on the flip side, they’ve won only once in the the last 4 of the matches they were favoured. Furthermore, their lowly 4 wins away last season shows there could be trouble brewing in West London as Craven Cottage is not known for it’s hostile atmosphere, but more for its tricky, small pitch. We’ll go 1.5 units here.

Chelsea have been by far and away the most active in the transfer window, signing players left, right and centre to make up for last season’s transfer ban. They will face Brighton first up in the Premier League this season at the AMEX, a ground that hasn’t been kind for some teams in the past. The Blues however, have won five of the six meetings between the two since the Seagulls were promoted in 2017. Chelsea are understandably big favourites but we still feel that Brighton will find the net at some point. 3.20 is great value. 1.5 units again.

*Multi odds correct at time of writing, subject to change

If you like our selections, you can pick them from the following sports bet ID – sport:3086531.

If you do make a bet with any of these tips, please share it with us on our socials as we’d love to see you guys getting on board with them too! 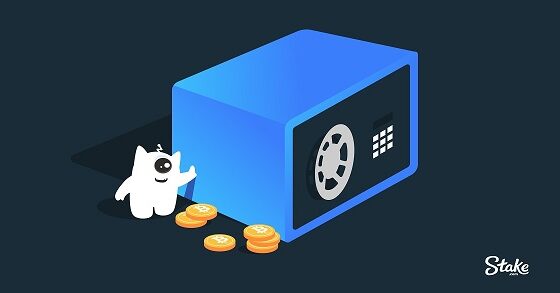 How to use our vault 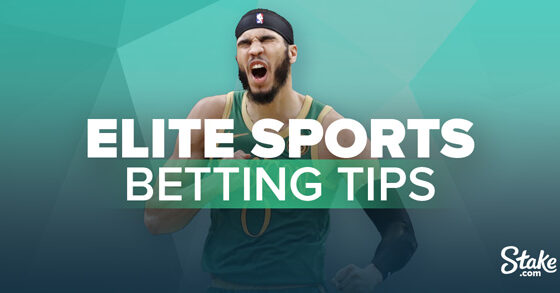