Since it first hit crypto-base casinos back almost a decade ago, Dice has become one of the most popular wager-based games played online. Although the game itself has pretty much been left unchanged since it was first conceived, there have been quite a few enhancements to the game for the modern player to take advantage of.

Here at Stake, you can enjoy one of the most tuned and refined versions of this classic.

The game of dice is one that’s quite simple to learn, yet can be a challenge to master. For starters, the game is played by selecting a payout (or multiplier) between 1.0102x and 9900x.

Here on Stake, each payout increment corresponds to a roll number between 0.01 and 100.00, which is also converted as a win chance % to display the probability of winning the bet.

Once you’ve selected a multiplier and filled in your desired wager amount, successfully rolling a number within the green limits equates to a win. If this happens, the game instantly pays out your wagered amount x multiplier.

If the number you roll is within the red limits, this counts as a loss and the amount you bet is subtracted from your balance. Below you can see an overview:

As you can see, there are two different ways of selecting a payout to play on – Either by dragging the visual bar or manually entering a multiplier in the payout box. When using the dragg option, keep in mind that the maximum you can select is 49.50x.

This is due to the fact that incremental adjustments would be far too small (thus making them difficult to choose) if payouts up to 9900x were able to be selected in this manner. For payouts greater than 49.5x, you must manually type it in the payout box.

After you’ve selected your bet amount and payout, you must also select a side (high or low). A roll can be a winner on one side, but a loss on the other so selecting the proper side is essential when playing dice.

For example, if you were going for a max payout of 9900x on the high side and you rolled a 0.00, this would count as a loss since you needed to roll a 100.00. To change the side of where you predict the number to land, just click or tap the middle box labelled “Roll Over”.

This will automatically update to display Roll Over (high) or Roll Under (low) depending on the side, which you can also visually see in the visual selector bar. The side with the green indicator is the one you are currently going for. Having two sides is what makes dice unique from similar games and allows players to have a vast number of roll possibilities.

At Stake.com, the game of dice covers a roll spread of 00.00 to 100.00 providing the player with 10,001 possible outcomes. Contrary to popular belief, the core algorithm which is used to calculate the roll result is quite simple:

In this equation, the result is calculated by multiplying the float by the number of possible outcomes (10,001) and then dividing that number by 100 in order to fit within Stakes’ stated range for dice.

What is a float you ask? In programming a float, also known as floating-point, is essentially a numeric value with floating decimal points. Although you may see a result of 47.54, the actual result contains more digits to the right of the decimal and is then rounded to the nearest hundredth place for the game.

You also may be wondering how Stake generates the roll outcome from start to finish. Although there are some programming bits to accomplish this, the process is both simple and transparent with only 3 steps. The conversion process for generating roll results goes like so:

Initially, a hexadecimal 32-byte hash is generated by a Random Number Generator (RNG). This key stage is where the server seed, client seed, and nonce are all utilised to generate a string that is both random and fair.

Based on what you set for your client seed, the end outcome will differ even while using the same server seed and nonce. With this being said, it is important to set your client seed to something unique to confirm that your rolls are indeed random.

Once a hash is generated by the RNG, the float is generated by using 4 bytes of data which is then used to generate the final result in dice as explained above in the game event translation. Four bytes are used instead of one to ensure higher precision when generating the floating-point.

If you’d like to see further details on the conversion of byte to floats, click here for the algorithm used.

As you can see, the mechanics of dice aren’t as complicated as one would think. Despite its simplicity, the process used ensures that each roll is indeed random and is also verifiable essentially with a backwards calculation using the unhashed server seed.

Stake’s dice game comes with some unique features that the player can leverage to their benefit.

We’ve covered the basics on how you can play dice, but what if you want to automate the process so that you don’t have to continue pressing bet over and over again? Luckily Stake offers a built-in auto rolling feature with user-settable variables for you to use.

Start by selecting the “Auto” option in the top left instead of manual mode. This will bring up the variables displayed above. In this particular example, we’ve selected a bet amount of 1 satoshi and we’re going for 100x payout on high side.

We’ve also set the auto roll system to bet a max of 100 rolls (which if it doesn’t hit within 100 rolls, it would stop the auto bet), and on each consecutive loss to increase the bet amount by 1%.

Lastly, we’ve set the the auto roll to stop rolling once it reaches 500 sats profit or more AND to stop if the loss is greater than 100 sats. Although in this example, setting the max number of bets is redundant due to the stop loss used, there are strategies that you can come up with to leverage both at the same time.

Once you’ve set your variables how you want, just press Start Autobet and the rest is taken care of by the system. This can be very handy for hunting larger payouts and to ensure proper discipline while playing.

Note that the only variable required on the left side for auto roll is the bet amount. If you leave the rest blank, the game would roll indefinitely until either your balance runs out or you click Stop Autobet.

If you prefer to roll faster, you can click the “Instant bet” setting in the bottom left to turn on instant betting. This will speed up your rolls significantly when using auto betting or hotkeys.

In addition to the auto roll feature, you can also use hotkeys to play on manual. Doing so allows you to play more efficiently by manipulating the bet amount, payout, and betting all at the stroke of a key.

To enable hotkeys functionality, click the “Hotkeys” icon in the bottom left and click “Hotkeys Enabled” in the modal window that pops up. Be sure to disable it when not being used so you don’t accidentally roll while trying to chat or type.

All of these features make up a game which is truly unique and provides the ability to come up with an unlimited number of different strategies to try and profit from. In the next addition of the dice guide, we’ll go over advanced strategies and methods of play.

Hopefully this guide helped to understand the fundamentals of dice at Stake a bit better – put these tools to use properly and hopefully you’ll make some profit! 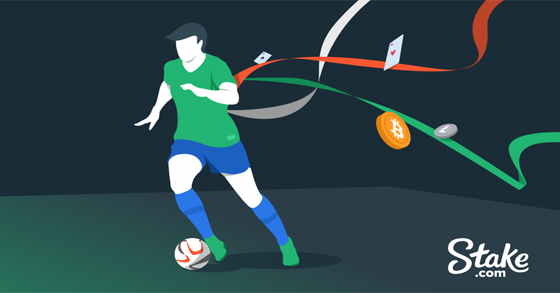 What are Asian Totals? 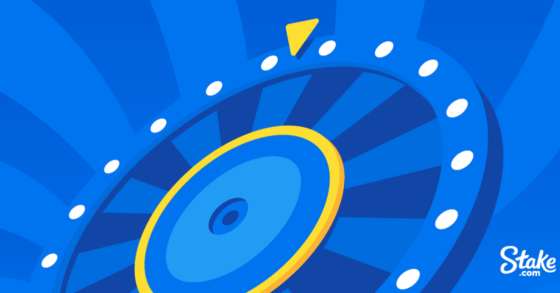 How to Play Wheel on Stake 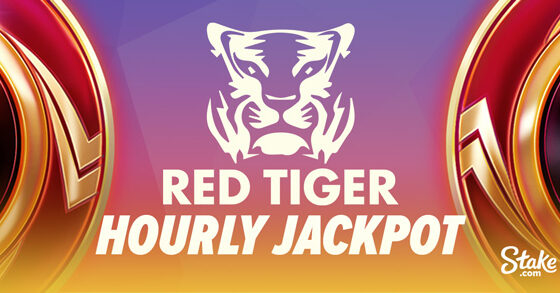 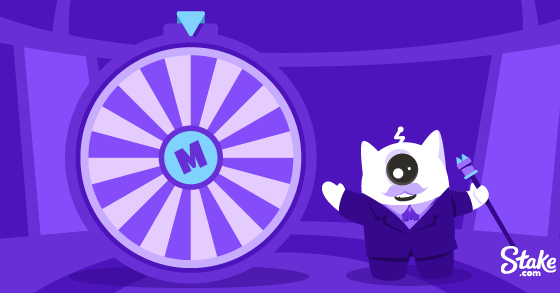 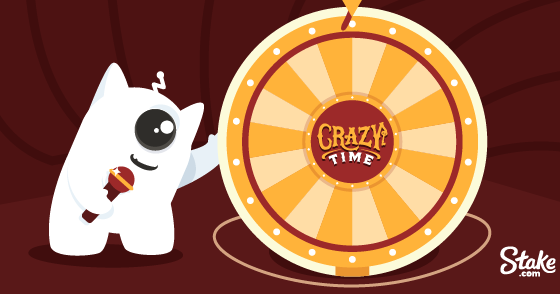 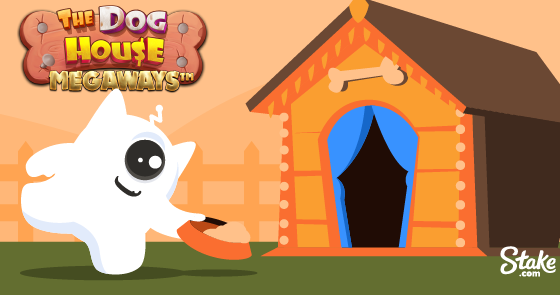 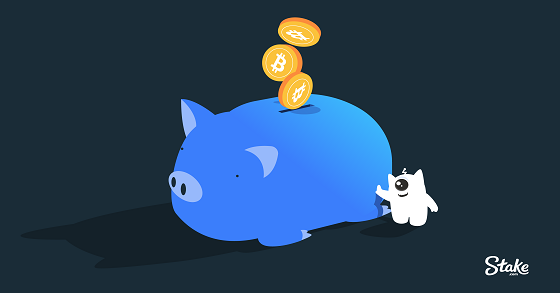 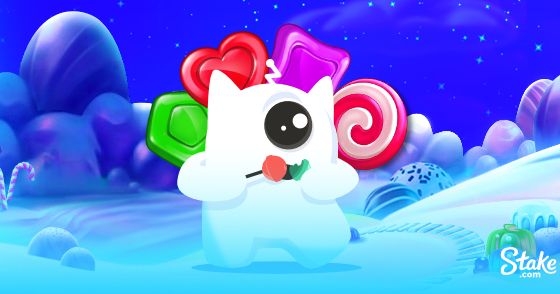 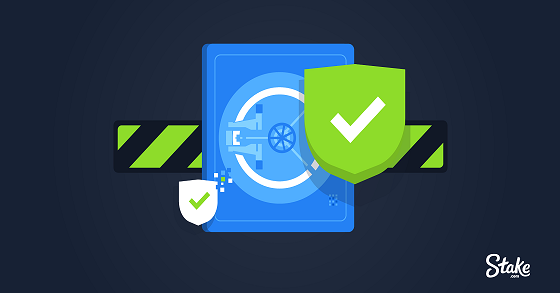 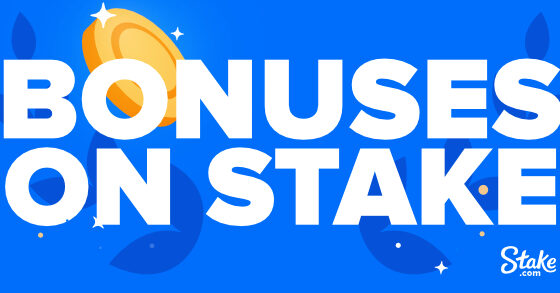