Monopoly Live is a 3D board game, and live-dealer casino game streamed from the studios of Evolution Gaming. It’s centred around a large spinning money wheel made up of 7 different segments. Predict the outcome of the spins to be rewarded with incredible multiplier wins and bonus games. 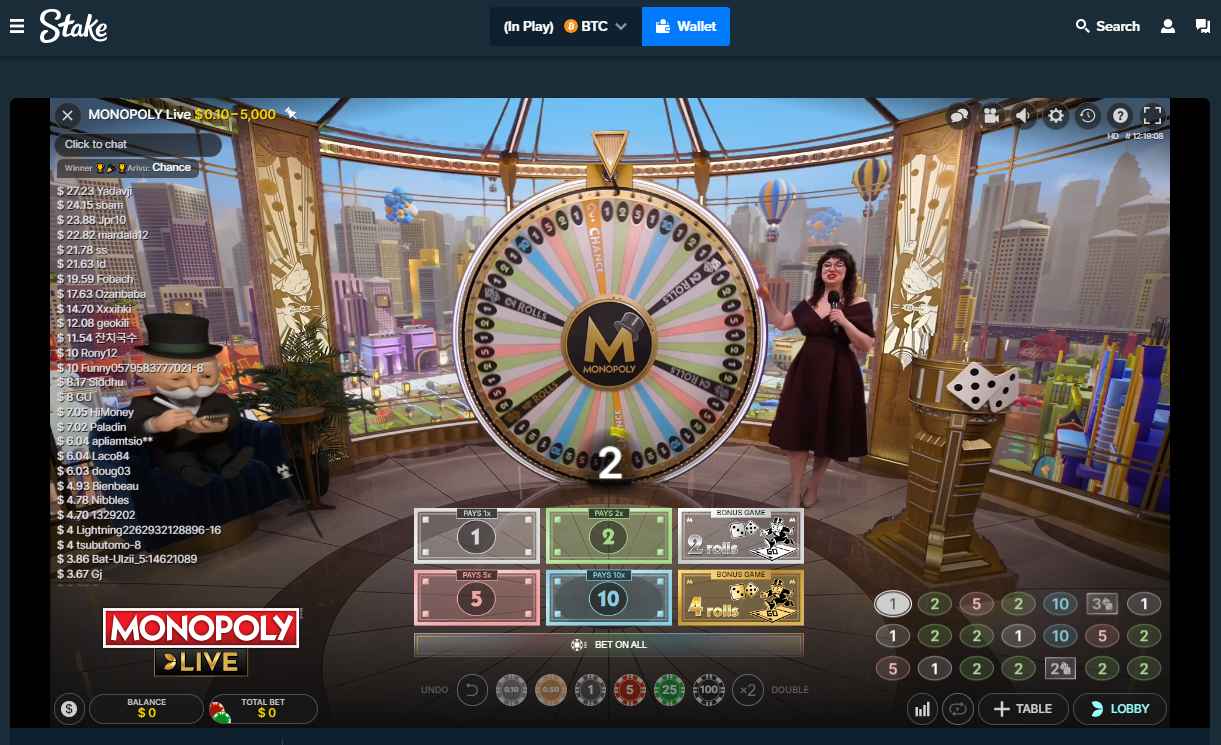 If Monopoly Live is your kind of cup of tea, have a look at Crazy Time Guide and Review on Stake.com.

The Money Wheel is located in the centre of the studio. It is spun by one of the beautiful game hostesses for every round of play. Mr Monopoly himself sits in a chair on the left side of the studio and reads a newspaper as he awaits the start of the main attraction – the bonus games. On his right, players can see a golden dice rolling machine, which gets activated as a bonus feature.

The wheel is equipped with 7 segments, but players can bet their money on 6 kinds of bets. The table below shows all betting options and the associated payouts:

Payouts and the Game Objective

The aim of Evolution Gaming’s Monopoly Live is for the player to successfully predict which segment on the wheel the flapper on the top will stop at. All wagers are multiplied with the sector the wheel stopped at when calculating the final rewards. A round of play can only have one winning outcome, and prizes are paid out only to those who placed money on the correct winning segment. 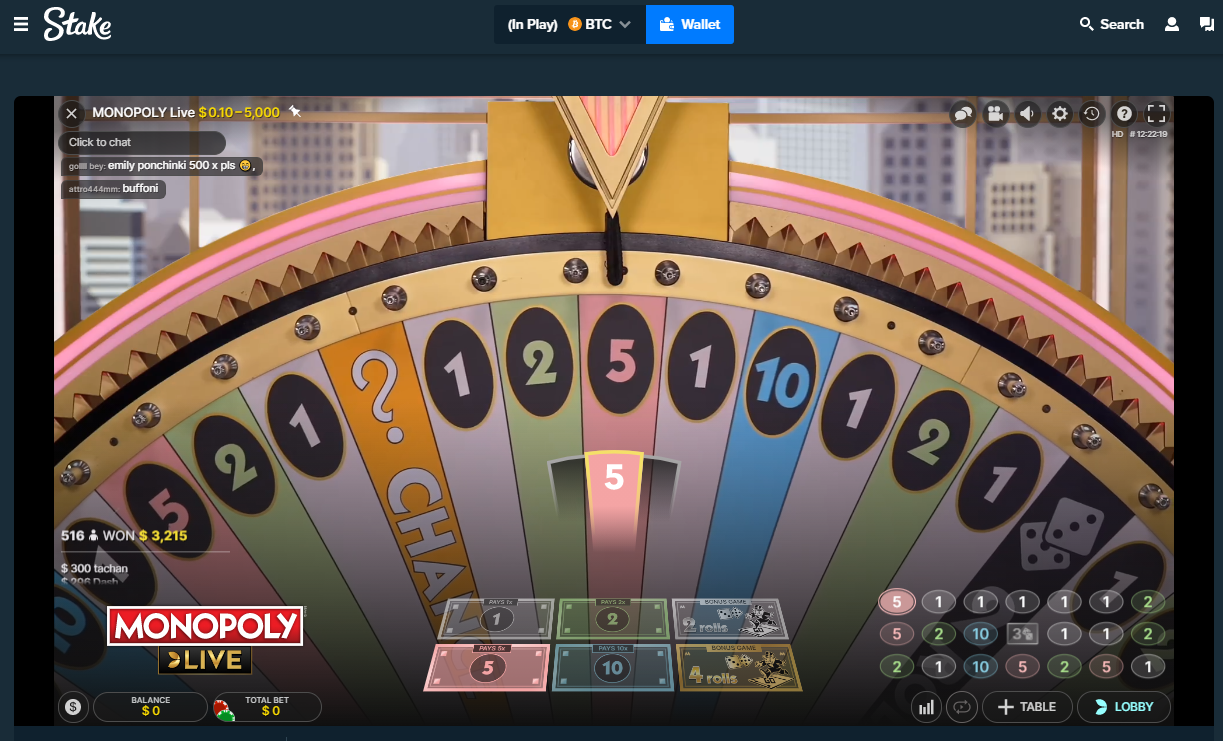 Before the start of a new round, all players have 15 seconds to place their bets. When the betting time expires, the host spins the wheel from the left or the right side of the screen. Bets are made by selecting a suitable chip and placing it on one or more of the numbered fields that pop up at the bottom of the screen. A bet on all offered options is available as well.

The magic wheel has a Chance segment that is different from the other sections. If the flapper stops at a Chance, two things can happen:

The bonus games can only be triggered if the flapper on the wheel stops on the 2 Rolls or 4 Rolls segments. When that happens, Mr Monopoly will put down his newspaper and walk off to a virtual world representing the original Monopoly board. The stops on the board contain the familiar Monopoly layout. Players can see various items, such as houses, hotels, railways, taxes, free parking, jail, etc. Different multipliers are added to some of the properties before the bonus feature begins. 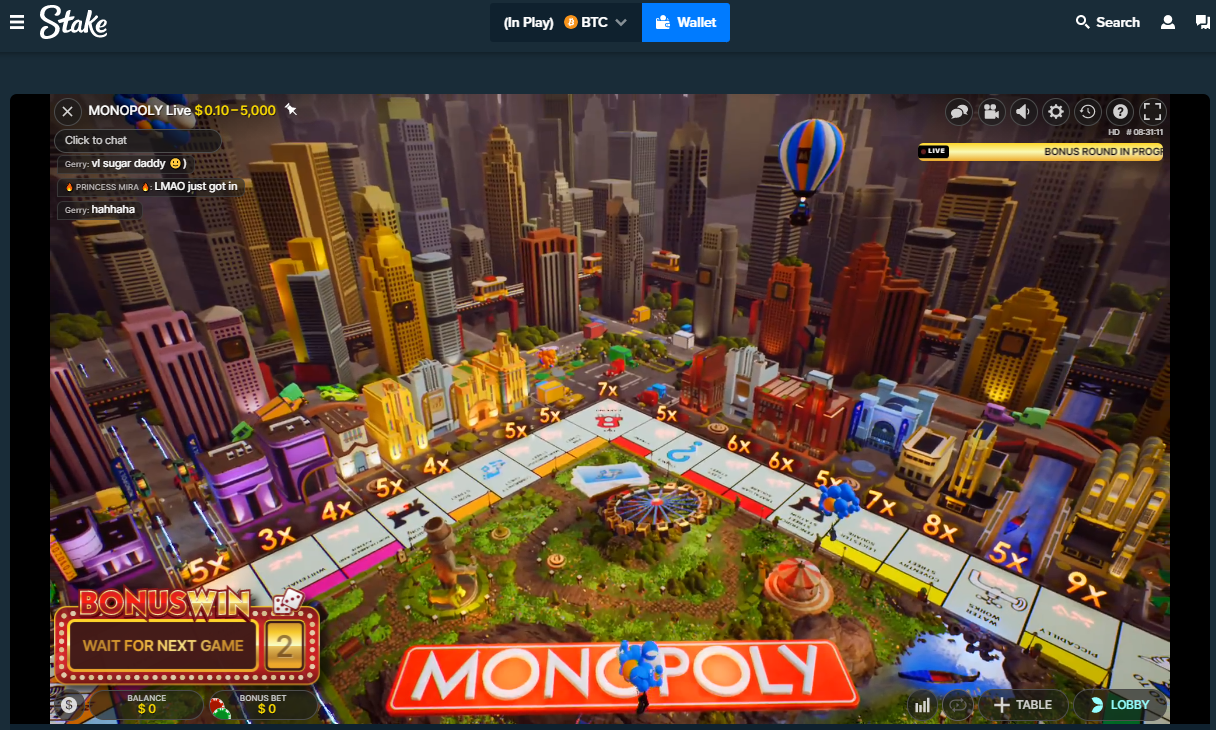 A bonus round begins with a roll of dice. The dice will be rolled either 2 or 4 times, depending on if the wheel stopped on 2 Rolls or 4 Rolls. After each roll, Mr Monopoly walks the total sum of the two dice to collect various prizes and multipliers.

If the dice machine rolls the same two numbers (a double), an additional dice roll will be awarded. However, if Mr Monopoly ends up in jail, a double must be rolled to get him out and continue the bonus round.

Besides multipliers, the Monopoly board contains a few additional spots worth mentioning. There are Chance and Community Chest stops that reward players with random cash prizes. If you step on the Income Tax or Supertax fields, 10% or 20% from your winnings will be deducted from your total wins. If Mr Monopoly runs a whole lap, all multipliers on the board will be doubled to a maximum sum of 1000x. Once all the dice have been rolled, the rewards will be calculated and paid out. 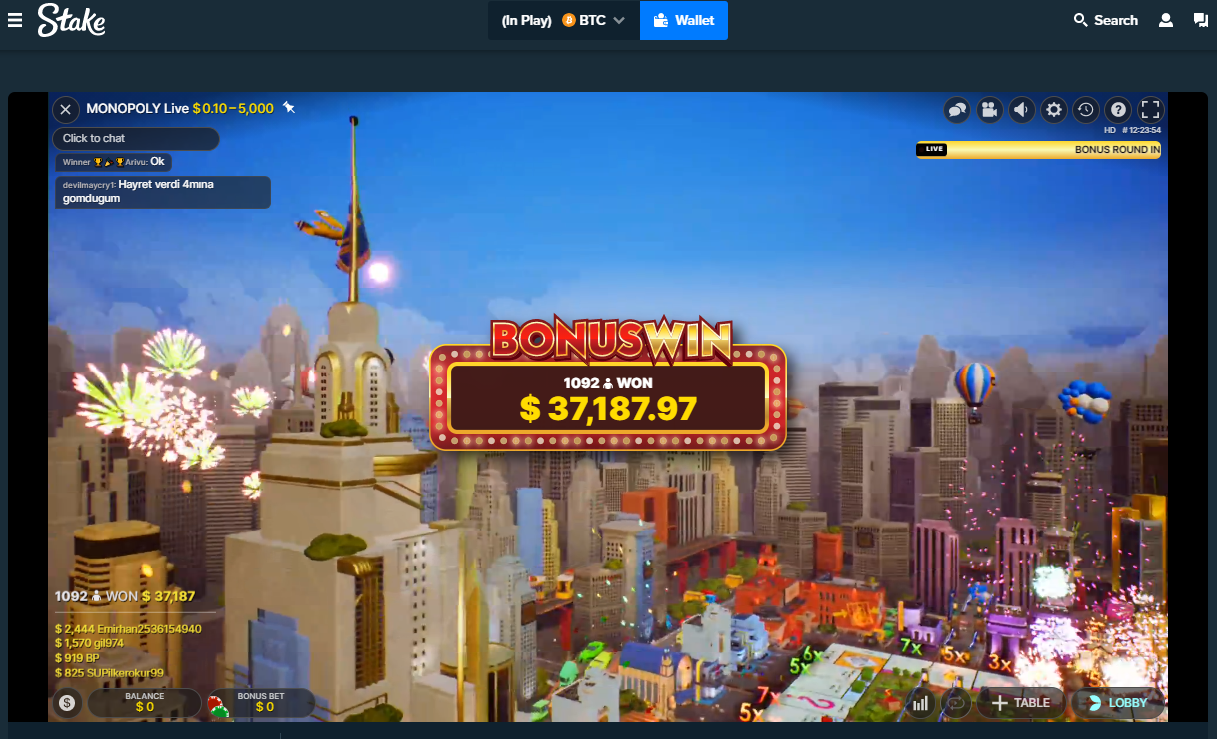 Evolution Gaming’s Live Monopoly is an entertaining Dream Catcher Edition board game with pleasant graphics and huge winning potential. It’s a low volatility game available on Stake.com since the beginning of 2019. This live dealer casino game can pay out a maximum of $500.000 per spin and is suitable for desktop, mobile, and tablet gaming. With cash prizes and incredible multipliers, players have a great chance to go back home with a smile on their face.