We are back for the start of the 2021 NFL season! With the Summer heat finally dying down, it’s time to get back to the most wonderful time of the year. Fall is around the corner and football is back. If last week’s college football environment didn’t get you excited, we are sure that a combination of college football and NFL will.

What a great way to start the NFL season with the defending Super Bowl champions hosting the Dallas Cowboys. The Cowboys had an awful 2020 season in most due to their star Quarterback (Dak Prescott) getting injured.

With Dak finally healthy, the Cowboys should have no problem offensively with their amazing offense. As long as Ezekiel Elliot can hold onto the ball, Dak should be able to be able to spread the ball around to his trio of great wide receivers.

There are a lot of easier things to do in life than lay 26 points on a football game. Trust me, we know it sounds like a lot but this game can and will get out of control early. The Kansas Jayhawks are notoriously one of the worst college football teams. Take last week for example. The Jayhawks were playing South Dakota Coyotes (a Division 2 football team) and were 11.5 favourites.

They needed to rally to win the game and their fans were so happy that they stormed the field. Now the Jayhawks head to South Carolina and face the #17 team in the nation who put up 614 yards on offense last week. Coastal Carolina should have no problem scoring the ball at will and their defence will be able to control the line of scrimmage. Expect a blowout here with Coastal Carolina covering the spread by early in the 3rd quarter!

This is arguably the biggest game in college football this week with #10 Iowa going into #9 Iowa State. This is the only Top-10 matchup of the week with ESPN’s College Gameday covering the festivities from morning to gametime.

We are expecting a very hard fought game with Iowa State prevailing at the end and covering the spread. Although Iowa State is a 4.5 point favourite, they have lost to Iowa five straight times. They haven’t beaten the Hawkeyes since 2014 but we are quite confident that they get the job done this year.

Brock Purdy has had four years to perfect his game with the Iowa State offense and he should have no problem slanging the ball around the field. Don’t let last week’s score from the Iowa/Illinois game scare you.

Although Iowa looked great in their 34-6 beatdown of Illinois, we expect the Hawkeyes to play completely differently on the road this week. The crowd will be crazy which will ultimately prevail Iowa State to not only winning but covering the spread this week!

We always love to “fade” a NFL coach making his debut especially when he is coaching his first game on the road. This is even easier in this situation as the Eagles quarterback, Jalen Hurts, is making his fourth career start. Hurts has never won a game on the road and winning at the Mercedes Benz Dome is a hard task especially due to the loud crowd noise.

We expect “Matty Ice” and the Falcons to get back to their winning ways this year. Lay the 3 points and expect a relatively easy cover with the Falcons winning by double digits.

Are you ready for some Monday Night Football? The wait is finally over for the Las Vegas Raiders to have fans in their stadium. We are expecting a super amped up crowd that will love the offensive production out of both teams. Lamar Jackson, the Raven’s QB, is a defensive coordinator’s worst nightmare.

He will be able to torch these Raiders with both his legs and arm. David Carr, the Raider’s QB, should also have little trouble moving the ball down the field. We are expecting a huge display of offensive production so instead of choosing the winner, we are taking the Over 50.5 points. With the spotlight on Las Vegas, expect fireworks and huge plays for four quarters. This should easily fly over 50.5 points and what should be a very entertaining game!

So there you have it. Five games in five nights. We would love to start the season off 5-0, so we made a little multi for you to follow. It pays 25/1 so why not give it a shot? Last December, we went 5-0 with the same format, so what’s stopping us from doing it again this year? Best of luck and let’s get ready for some football! 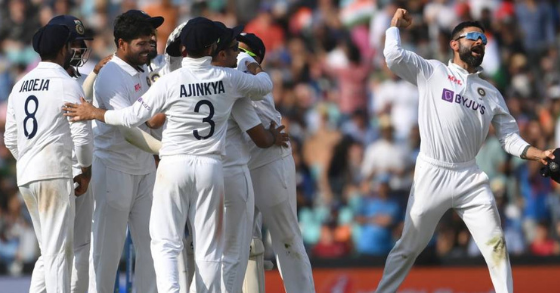