Autumn is officially here for us in the Northern Hemisphere. While we are only 2 weeks into the NFL season, it feels like football is already flying by.

For the 2nd week in a row, we went 3-2 against the spread which is a 60 percent winning percentage.

Obviously, we can’t complain as 60 percent is a great percentage, but we are looking to improve this weekend with our 5 favourite plays.

After getting two Thursday Night Football Games that came down to last second field goals, we now get quite the ratings buster with the Carolina Panthers going into the Houston Texans.

While this matchup doesn’t seem great on paper, we are not focused on the winner here.

We are expecting very few points to be scored here for a couple reasons. First off, Davis Mills is making his first career start as a rookie for the Texans.

Though he looked decent last week filling in, now he has the whole week of pressure knowing he will be making his first career start on Primetime TV.

We expect him to play more of a game manager role with the Texans milking the clock and playing the field position game.

Last week, the Texans head coach David Culley elected to decline a penalty that would give him a 3rd and 10, and instead punted the ball away on a 4th and 1. His reason? Field position.

While this was a huge coaching blunder, we expect the Texans to have this type of mentality against a Panthers defence that has only allowed 21 points this season.

Throw in the fact that the Panthers are playing their first game on the road, we would be shocked if this game goes over the total.

We have been hot on Friday night and are hoping to extend our 2-0 record to 3-0 with the Virginia Cavaliers. Friday Night is always tough for the visiting team and we expect UVA to come out firing on offense against an overrated Wake Forest team.

Though Wake Forest looks impressive at first glance at 3-0, we are quite confident that they will fall back to reality against a UVA team that is by far the better team.

This will be the first road game for Wake Forest and they will be going up against an offense that has scored 43, 42 and 39 points in their first three games.

Throw in the fact that UVA blew a halftime lead to North Carolina last week and this game has the recipe for a blowout.

With two games on the road next for UVA against quality opponents, they can not take this game lightly.

Expect them to easily win by double digits with their home fans rocking on a Friday Night nationally televised game.

Florida State used to be one of the top destinations for high school recruits. Unfortunately, with aging facilities and lack of playmakers, Florida State is now trying to avoid being the laughing stock of all college football.

After suffering an overtime defeat in Week 1 against #9 Notre Dame, Florida State has fallen off a cliff. While giving up a 50+ yard Hail Mary to Jacksonville State on the last play of the game was horrible, having 6 turnovers against Wake Forest was downright atrocious.

Fortunately for them, they are catching a Louisville team that is coming off a huge win at home and are in a prime spot for a let-down.

As hard as it is to back this FSU team, we believe that they will get it together and win against the Cardinals on Saturday.

Mike Norvell is too good of a head coach to have this team fall to 0-4, and Louisville is never a safe bet especially when they are on the road.

As hard as it is to take such an underachieving team, we believe that this FSU program has hit the bottom and will bounce back.

Take the +2 points and feel quite confident with the Seminoles against a very up and down Louisville team.

Out of all the games to choose from on Sunday, we are going with this blockbuster of 0-2 teams that have a tendency to shoot themselves in the foot.

Flashback to last week, where the Giants gave the Redskins a second chance at a game winning field goal by jumping offsides.

Think that is bad? Look at Matt Ryan “Matty Ice” two pick 6’s in the second half against the Buccaneers.

Both these teams are playing terrible football, but the Giants should be able to get their first win at home against this Falcons team that is horrible on both sides of the ball.

With a few extra days of rest for the Giants, we believe that Saquon Barkley will be healthier this week.

If he is, he should have a field day against one of the worst defences in the NFL. The Falcons are horrible against dual threat quarterbacks and we expect Daniel Jones to put up huge numbers as long as he is careful with the football.

If the Giants lose this game, they will be looking at a 0-6 start most likely due to the fact that they have the Saints, Cowboys and Rams next up on their schedule.

Defensively, the Giants should be able to control the line of scrimmage and keep this Falcons offense at bay.

Guys, this isn’t the same Falcons offensive team that we’ve seen in the past.

Matty Ice has had quarterback ratings of 20.8 and 36.6 to start off the season. With Julio Jones long gone and an offensive line that is terrible, we expect Matty Ice and the Falcons to melt away against the Giants.

Are you ready to close the week off strong with some Monday Night Football?

We are 2-0 on MNF and we are quite confident that the Cowboys will make us 3-0 after this huge NFC East showdown.

The Cowboys are finally at home for the first time this year and we expect the fans to be quite emotional with the return of Dak Prescott.

The Cowboys have had both their first two games come down to last second field goals.

This week, we expect them to win by double digits against an Eagles team that is not as good as advertised.

Jalen Hurts will be playing his first game on National Television on Primetime and we expect him to make a few costly errors.

On the flipside, we expect Ezekiel Elliot to have a breakthrough game against an Eagles defence that is banged up.

Dak Prescott should shine like he did against the Buccaneers in Week #1 and the Dallas Cowboys should roll to victory on Monday night.

Lay the 3.5 points and feel quite confident even if the line moves by game time. We are expecting a double digit victory here!

With an overall record of 6-4 to start the season there isn’t much complaining we can do.

Though it’s a nice winning percentage, one of our main priorities is to hit one of our 25/1 multis before the season is over.

We feel like we have a great shot this weekend with the plays we have selected so go ahead and tail us! Best of luck! 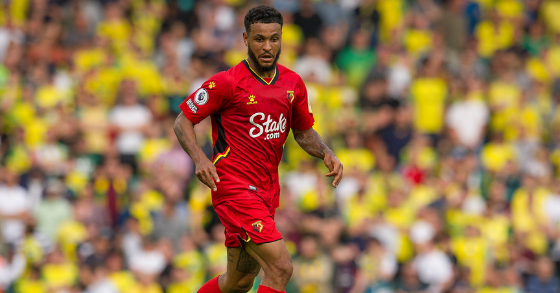