Welcome to the fourth edition of our Weekly Preview. October is finally here which means a drop in the mercury and a ton of great football. Last week, we hit a bit of a snag going 2-3, but we are quite confident that we will get back on the winning side this week.

If this is your first time reading our Weekly Preview, we offer a five-day slate of predictions starting from Thursday and ending on Monday. This covers the NFL Thursday Night Football, a Friday college football game, a Saturday college football game, a Sunday NFL game and finally the Monday Night Football Game to end the week! With that said, let’s get into the winners for the week!

Are you ready for some Thursday Night Football? While this match may not be as compelling as other Thursday night games in the past, we believe there is some value in betting this game.

We have the #1 picks of the 2020 and 2021 draft squaring off against each other with Joe Burrow and the Bengals going against Trevor Lawrence and the Jaguars.

Although the Jaguars are 0-3, they are looking better each week. Lawrence is still having trouble with interceptions, but if he can cut out the boneheaded plays the Jaguars will be quite competitive this year.

The Bengals on the other hand, are full of confidence coming off an upset win against Pittsburgh on the road.

It’s quite hard to pull off an upset on the road and then come home on a short week as a big favourite and cover the spread.

Therefore, we believe this will be a competitive game against two young teams. We would be quite shocked to see Urban Meyer and Trevor Lawrence embarrassed on National Television.

Take the Jaguars and expect them to cover the 8 point spread in a closer than expected game.

Have you ever looked at a spread and thought, well that’s odd?

The Houston Cougars are 3-1 while the Tulsa Golden Hurricane are 1-3. At first glance, you would think there was a mistake with the spread as Tulsa is a 4 point favourite here.

In college football, records don’t mean much early in the season due to a lot of cupcake games. The Cougars have played one decent opponent so far this year and lost by 17 to Texas Tech.

Their other 3 games were against terrible teams so we believe that their defensive numbers are very inflated.

While Tulsa, hasn’t looked great this year, their offense can put up some huge yardage.

The Cougars have not seen an offense remotely close to what Tulsa is capable of doing and we expect the Cougars to have a ton of trouble defensively in this game.

While this game may be close going into the fourth, we believe that Tulsa will not only win the game but cover the 4 point spread on Friday night at home against an overrated Houston squad.

Fading ranked teams on the road as underdogs against unranked opponents are always a great money maker early in the season.

The Wolverines had very little hype surrounding them going into the season but have looked great so far.

With a 4-0 record, they have been scoring points at will and playing great defence. On the flip side, the Wisconsin Badgers have started the year with a lot of disappointment.

Last week, the Badgers had a 3 point lead with 14 minutes left against the Fighting Irish of Notre Dame.

The Fighting Irish managed to score 31 points in the 4th quarter which made this game look like a blowout.

Trust us, Wisconsin is a quality football team that plays great defence. We are expecting a bounce back this week for the Badgers.

The Wolverines are going in Camp Randall Stadium for their first game on the road.

As good as they’ve looked so far this year, we expect them to come crashing back down to reality against a Badgers team that should be hungry for a big win.

Lay the 2 points with the Badgers and expect a comfortable win.

For the first time in the Patrick Mahomes era, the Chiefs are under .500.

The last time the Chiefs have won by more than seven in the regular season was Week 8 of last year.

As dominate as most people think the Chiefs have been, their games are almost always decided in the last few minutes.

Costly defensive penalties, boneheaded turnovers and just a lack of enthusiasm early in the game are some factors that attribute to this.

Nonetheless, we are quite confident that the Chiefs will bounce back this week against an Eagles squad that is in shambles.

The Chiefs have a ton of problems defensively but we expect them to get it together against an Eagles offense that may be one of the worse in the league.

We would be utterly shocked if the Chiefs lay an egg again this week. Even though they are on the road, we expect a double digit victory.

This is a game that we recommend that you don’t overthink. The Chiefs aren’t losing here and they will definitely be able to cover the 6.5 point spread.

We are currently 3-0 on Monday Night and are very confident that we will continue our success.

The Los Vegas Raiders are a surprising 3-0 and are making their second stint on Monday Night Football.

We don’t expect the same fireworks that we had against the Baltimore Ravens a few weeks ago though.

As good as David Carr has been this year, we expect him to have some key turnovers against a San Diego defence that is really good.

Justin Herbert should do enough offensively to keep the chains moving against a Raiders defence that is decent at best.

While it’s very early in the season to look at standings, the Chargers can not afford to drop this game and be two games behind the Raiders.

We expect the Chargers to build on their success of beating the Chiefs and comfortably win this game.

Take the Chargers and expect them to win by at least a touchdown on Monday Night Football.

So there you have it guys and gals. Five games in five nights! We are three weeks in and have not came close to hitting our 25/1 parlay. Let’s try to hit it this week by going 5-0. Best of luck! 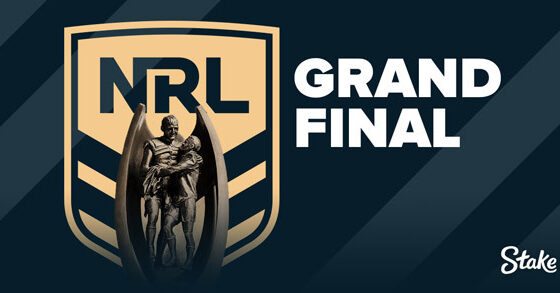